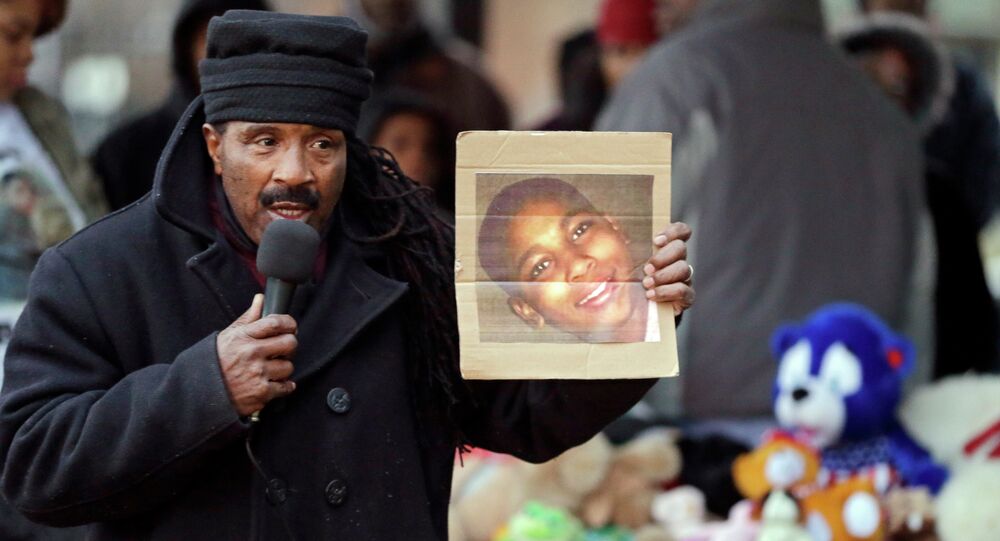 Cleveland Police posthumously charged 12-year-old Tamir Rice with "aggravated menacing" and "inducing panic," according to documents obtained by the Daily Kos on Wednesday.

The child was shot by police officer Timothy Loehmann in a Cleveland park on November 29 2014. The incident transpired after Loehmann and another police officer, Frank Garmback, responded to a dispatch call about a male carrying "a pistol" that later turned out to be a toy.

Surveillance footage of the incident later revealed that Loehmann had shot the youth within seconds of arriving at the scene.  Neither officer administered treatment in the aftermath of the shooting. Rice died in the hospital the following day, and his death was ruled a homicide.

A Cleveland Police Department incident report obtained by the Daily Kos on Wednesday revealed that the Department had charged Rice with "aggravated menacing" and "inducing panic" one week after his death.

The investigation into the incident by the Cuyahoga County Sheriff’s Department is still ongoing and, despite the overwhelming evidence, it is still unclear as to whether Loehmann and Garback will be criminally charged. In fact, according to a recent Mother Jones article, both officers have not yet been interviewed by investigators.

Rice’s family has also filed a civil rights lawsuit for wrongful death against the city of Cleveland, however both officers have asked for a delay until the end of the investigation. A hearing will be held in the beginning of June to decide on whether the suit should be put on hold.