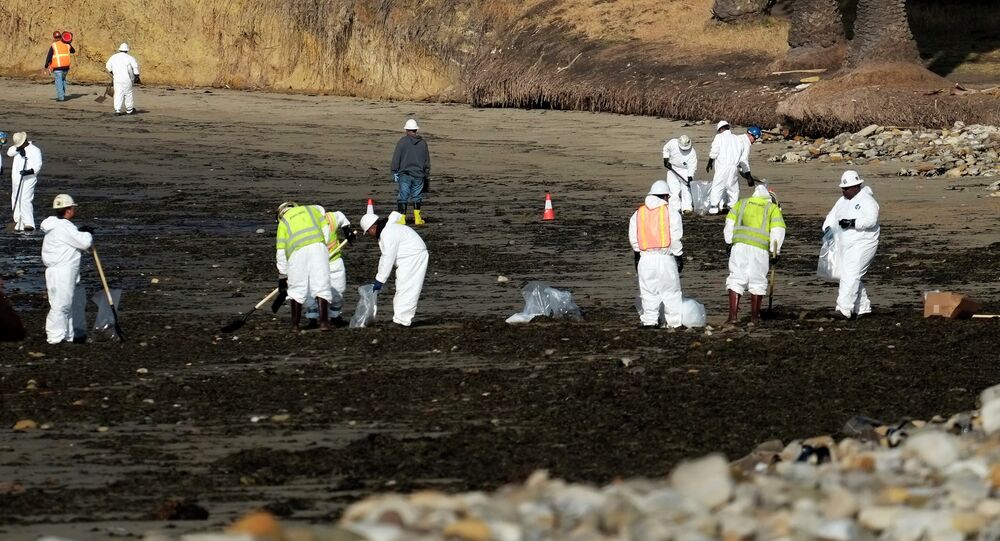 Oil Spill Off California Coast May Have Dumped Up to 105,000 Gallons

Up to 105,000 gallons of crude oil may have leaked from a burst pipeline in a town near Santa Barbara on Tuesday, according to the company that owns the pipeline.

A pipeline that burst near Refugio State Beach on Tuesday resulted in a large volume of oil collecting along California’s coastline. Aerial photos from the scene showed a massive oil slick covering the ocean’s surface, and collecting around the beach.

According to the Associated Press, the spills created two oil slicks that span about 9 miles.

The All Plains American Pipeline Company, which owns the burst pipeline, puts the current estimate of leaked oil at 21,000 gallons, although, their "worst-case scenario" estimates reach up to a significantly higher 105,000 gallons. The company added that the figure is still under investigation.

Western States Petroleum Association, an oil industry group, said they will review the tragic spill after the cleanup is complete.

"As an industry, we are always concerned when accidents like this happen," the group said in a statement.