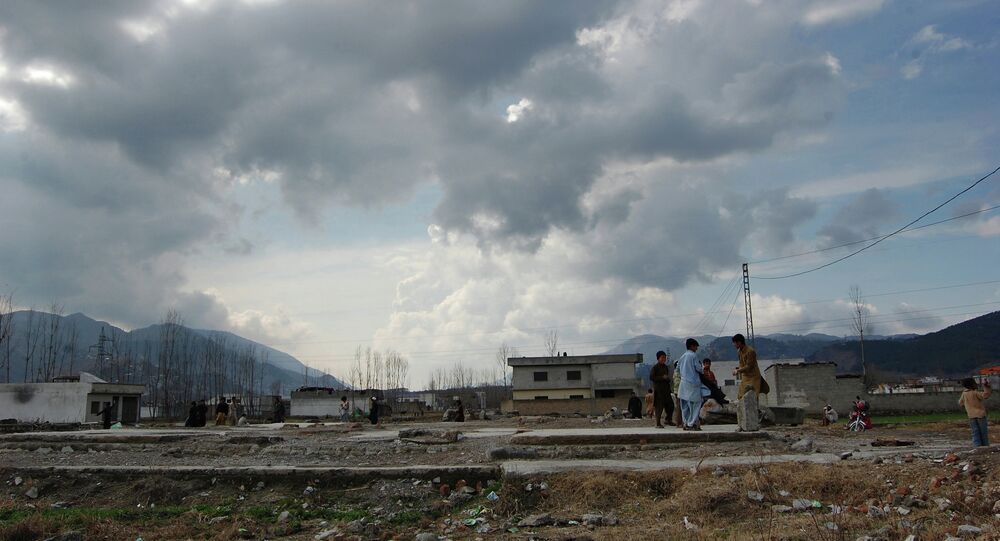 Nominated for five Academy Awards, including Best Picture, "Zero Dark Thirty" was critically acclaimed as a brilliant look at the cost of a long, but ultimately successful, hunt for Osama bin Laden. But a new documentary exposes the film as little more than CIA propaganda, selling the public on an illegal torture policy.

It’s already been hailed as one of the most relevant films on the War on Terror. Chronicling the exhaustive search for Osama bin Laden, "Zero Dark Thirty" ends (spoiler alert) with the Navy SEALS raid on the bin Laden compound in Abbottabad, Pakistan. In the final shot, Jessica Chastain’s character faces the camera from the back of a cargo plane and begins to cry. Is she relieved that an arduous task has come to an end, that the world is now a safer place, or is she suddenly confronted with questions about the morality of all she and the government have done, just to kill one man?

As depicted by the film, the path to bin Laden relied on US intelligence gathered through torture. The CIA has refused to call its policies "torture," and insisted that whatever was done to detainees was as an unfortunate necessity. Many saw the film as a way to justify controversial acts to the American public. These critics include Senator Dianne Feinstein, chair of the Senate Intelligence Committee.

"We believe the film is grossly inaccurate and misleading in its suggestion that torture resulted in information that led to the location of Usama bin Laden," Feinstein wrote in a letter to Sony Pictures in 2012.

The Senate Intelligence Committee’s report could find no evidence that torture led to any useful intelligence.

A new documentary from PBS Frontline, called "Secrets, Politics, and Torture," backs up Feinstein’s account. While it’s long been known that "Zero Dark Thirty" met the full approval of the CIA, the documentary shows just how active a role the agency played in crafting the movie’s message, even going so far as to provide "classified" material specially crafted to promote the government’s agenda.

"I know we don’t 'pick favorites,'" reads an internal agency memo featured in the documentary, "but it makes sense to get behind the winning horse…Mark and Kathryn’s movie [Zero Dark Thirty] is going to be the first and the biggest. It’s got the most money behind it and two Oscar winners on board."

This support involved supplying classified information to producers at Sony. This order came directly from the then head of the CIA, Leon Panetta. According to the documentary, this classified intel was a lie concocted by the agency.

"There’s the romance," Mark Udall, former member of the Senate Select Committee on Intelligence, told PBS. "And I think the CIA, certain individuals in the CIA took advantage of that opening to, if you will, seduce Hollywood into the narrative in 'Zero Dark Thirty,' suggesting that torture played an important role in finding and then killing Osama bin Laden."

"It’s [a] form of propaganda," he added. "It’s a form of making the case so that the general public believes this is what happened, when in fact the facts prove that to be the case."

The false narrative holds new weight in light of the recent report by Seymour Hersh, which raised serious questions about the official account of the bin Laden raid. While Hersh’s report has faced heavy criticism by the mainstream press, several key points have been verified by other officials.  Among these is the fact that bin Laden’s whereabouts were obtained through a voluntary, Pakistani source, and not through torture as both the CIA and “Zero Dark Thirty” suggest.

"This is mythmaking," Udall said. "These are the people who condoned the use of torture trying to do all they can to make sure that history treats them kindly."

Senate Plans to Give Back Secret Torture Report Documents to CIA