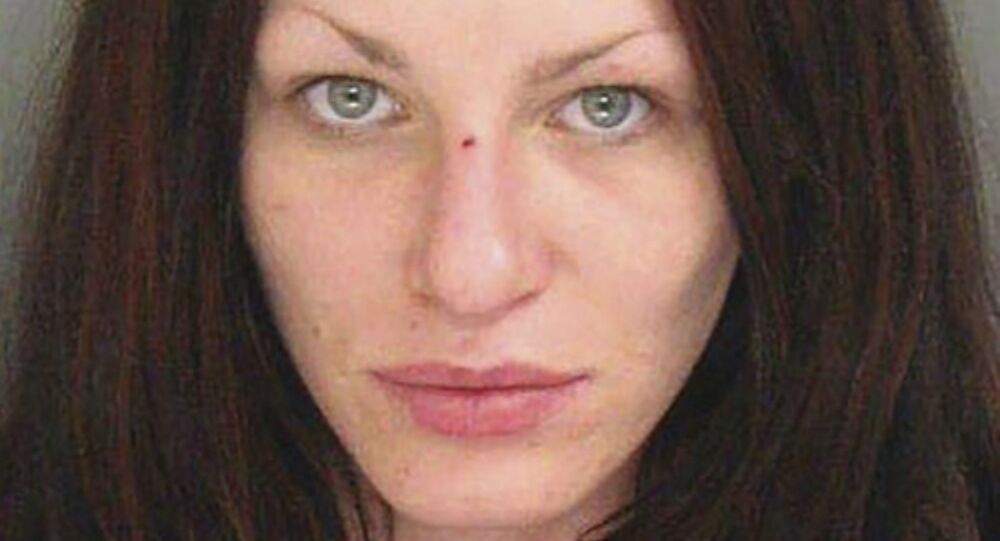 A California sex worker has pleaded guilty to killing a Google executive with an overdose of heroin aboard his yacht in November 2013. The prosecution stated that Alix Tichelman, 27, injected Forrest Timothy Hayes and left the scene without calling for medical help after he lost consciousness.

Nicknamed by the media as the “Harbor Hooker,” and “Call Girl Killer,” Tichelman, an escort and fetish model, initially met Hayes through a “sugar daddy” website called "Seeking Arrangement," and they then developed an on-going sexual relationship.

Tichelman was arrested eight months following Hayes’ death, after surveillance footage showed her kissing Hayes right before injecting him with the lethal dose, and then repeatedly stepping over the man’s body, finishing off a bottle of wine, and lowering the blinds on the yacht before leaving, without calling 911 for medical assistance.

Days before her arrest, Tichelman wrote on Facebook about her passion for killing sprees, invoking the infamous Aileen Wuornos, a serial killer/prostitute who was executed in 2002 after killing seven of her Johns.

"really nice to talk with someone about killing sprees and murdering people in cold blood…and they love it too. No judgement. Yay!” she wrote. “F*** all of that positivity bulls***. Take a look around you. Life is hard and then you die."

She also wrote of her plans to leave the state to move back to her hometown of Atlanta, which was what prompted authorities to rush to set up a sting operation where they had an officer pose as a client and pay $1,000 for sex.

"Coming home to the filthy, nasty, dirty south! Hoping to start the drive back to Atlanta at the beginning of next week. Can't wait to see everyone. It's celebration time y all!"

This is the second time Tichelman has been known to be at the scene of a deadly overdose.

In 2013, Tichelman was present when her former boyfriend Dean Riopelle, 53, overdosed on a mixture of heroin, oxycodone, and alcohol.  Tichelman was still living in Georgia at the time and Riopelle was the owner of a popular music venue in Atlanta.  The death was ruled an accident and no charges were filed against her.

Under the deal, Tichelman pleaded guilty to two felony charges of involuntary manslaughter and administering drugs, and was sentenced to six years in prison. She is expected to serve three of the six years, with credit for nearly a year of time served.

Tichelman’s defense attorney argued that Hayes’ death was an accident which occurred between two consenting adults.