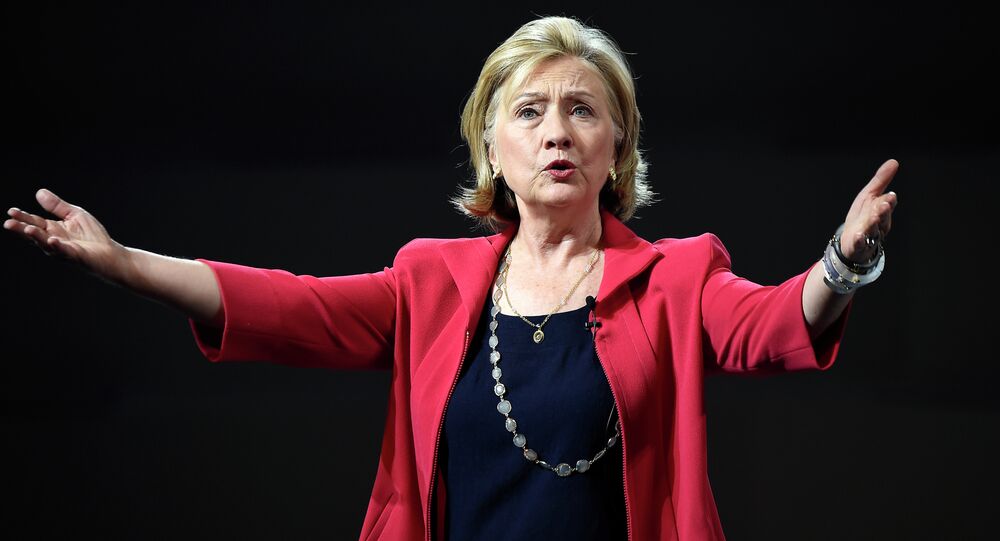 Presidential hopeful Hillary Clinton used a second private email address while she was secretary of state, contradicting assertions that the first secret address was the only one she kept from her colleagues in Washington.

The second email address, revealed by the New York Times, is from the same private email server that was uncovered earlier this year. Clinton used the account in exchanges with longtime adviser Sydney Blumenthal about strategies to help rebels oust Muammar Gadhafi in Libya in 2011.

"Fyi. The idea of using private security experts to arm the opposition should be considered," Clinton wrote Blumenthal from the email address HRod17@clintonemail.com.

Clinton's office insisted just two months ago that the only private email address used by the former secretary of state during her tenure was hdr22@clintonemail.com.

In a 2015 letter to Congressman Trey Gowdy, Clinton’s lawyer acknowledged that the HRod17 email address existed, but said it was "not an address that existed during Secretary Clinton’s tenure as secretary of state."

But the timestamps and content of the messages make clear that this statement was inaccurate, according to the Times report.

The first private email use was seen as a breach of protocol. Clinton's advisers handed over 55,000 pages of emails to the State Department to comply with an investigation. But those emails will not be made public until 2016.

Clinton admitted to deleting thousands of others, claiming they were personal.

During a campaign stop in Iowa on Monday, Clinton told reporters: "Nobody has a bigger interest in getting them released than I do.

"Anything that they might do to expedite that process I heartily support," she continued. "I want the American people to learn as much as they can about the work I did with our diplomats and our development experts."

She contended she has limited say over the timetable.

"They’re not mine," Clinton said about her emails, which she turned over copies of to her former department last December. "The State Department has to go through its process, but as much as they can expedite the process, that’s what I’m asking them to do."

The State Department on Monday night proposed a deadline of January 2016 to complete its review and publicly release the whole batch of documents, but a federal judge on Tuesday rejected such a plan.

US District Court Judge Rudolph Contreras on Tuesday said the State Department must propose a new schedule that involves disclosures of a batch of the emails "every 60 days."

A State Department spokesman told Politico that it will abide by the judge’s order, and denied that the agency was "slow-rolling" the release of the records in order to benefit Clinton politically.