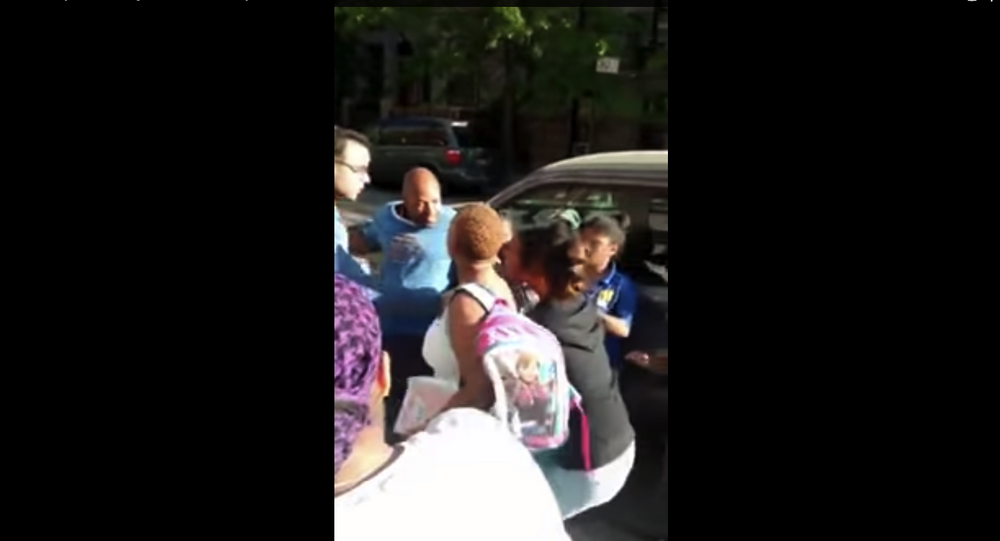 A video shows an officer attempting to arrest a 14-year-old girl but the community had other ideas.

Police officers stopped a 14-year-old girl for reasons that are not clear. The girl told the officers several times that she had “done nothing wrong” and the officers never gave a reason.

When one of the officers reached for his handcuffs, a woman interceded and demanded to know why she was being arrested.

“For what?” she demands in a cell phone video caught by Michael Barber of the Copwatch Patrol Unit who just happened to be on the scene.

Others joined in the woman’s crusade and pulled the girl away from the officer.

“Why you gotta do that?” one of the officer’s asks the growing crowd repeatedly.

The woman demanded the officer’s names and told the girl and her teenage friends to tell their parents about the incident.

“You know you’re doing wrong! Go home!” a woman yells at the officers.

“I was scared to put up this video at first because I was not sure if it would get the cops in trouble or the community but everyone was wrong at some point.” Barber later told The Free Thought Project