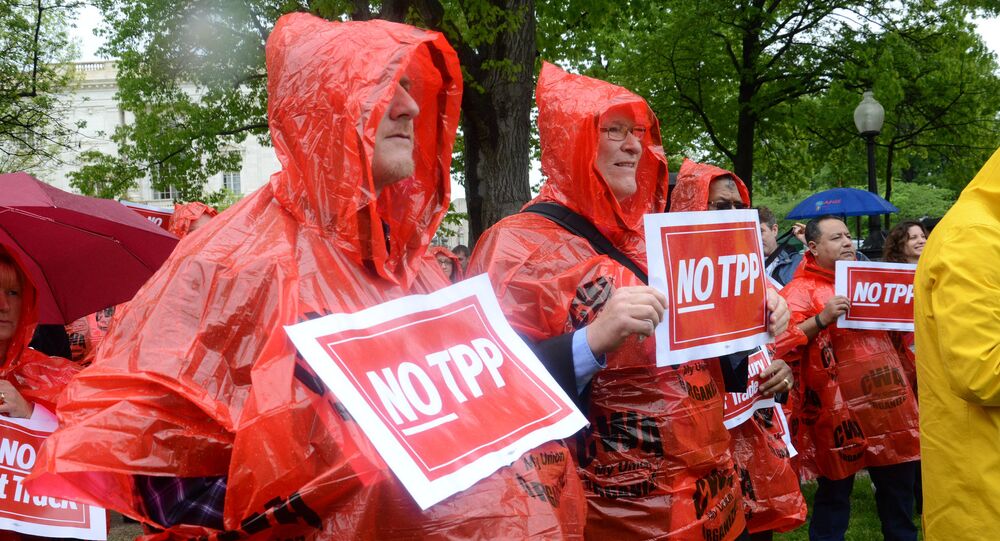 After defeat in the Senate last week at the hands of Democrats, the Senate reversed itself and passed the fast tracking measure and now top Republicans are predicting it will pass both chambers.

© AFP 2020 / BRENDAN SMIALOWSKI
Obama's TPP: Bold Plan or Secret Corporate Takeover?
Republican leaders such as Senator Mitch McConnell and Representative Paul Ryan went on Sunday talk shows to say they would ensure that the White House-requested measure gets through.

"We will have the votes," he said. "We're doing very well. We're gaining a lot of steam and momentum."

The trade issue has made unlikely allies of Republicans in Congress and the president and split the president’s own Democratic Party. Only one Democrat Senator voted for it when the bill first went through the Senate.

© AFP 2020 / BRENDAN SMIALOWSKI
Trans-Pacific Partnership Could Bring Environmental Disaster, Activists Say
Obama's aggressive push for the fast-track authority has put him at odds with the left wing of the Democratic Party, iconified by Massachusetts Senator Elizabeth Warren as well as Bernie Sanders, who is the only official candidate challenging Hillary Clinton for their party’s 2016 presidential nomination.

As if to accentuate the odd nature of the alliance, McConnell offered President Barack Obama rare praise.

"The president has done an excellent job on this," McConnell said. McConnell also noted that the authority would go beyond Obama’s last term so it’s "not just for President Obama, but for the next president as well."

While the Senate has passed the overall measure, ardent debate is still expected on a number of controversial amendments before it will be pushed over to the House. The debate will likely be even more heated in the House where many Democrats are opposed on the grounds that they believe it will cost American jobs.