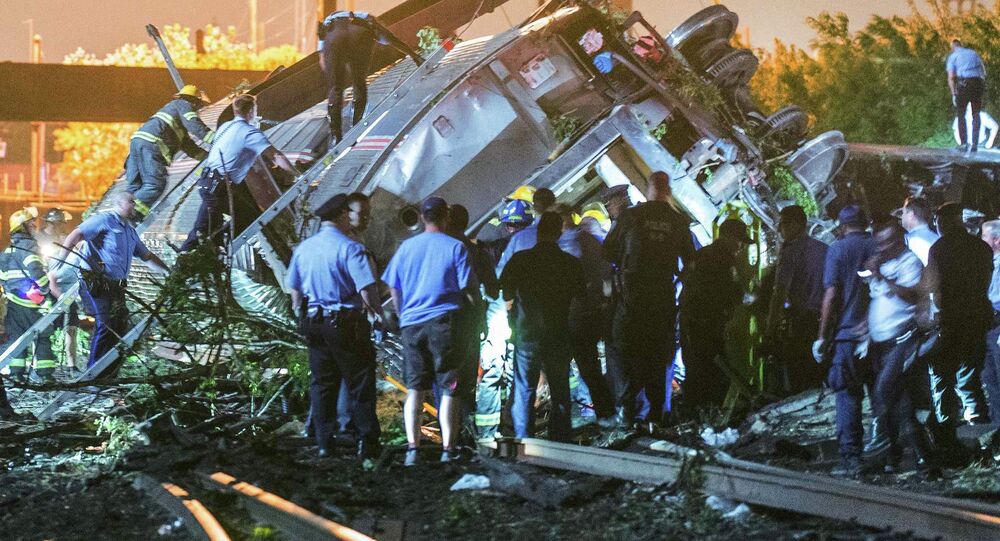 On Tuesday night, northbound Amtrak train 188 en route from Washington, DC to New York City went 106 mph through a curve with a 50 mph speed limit and derailed, killing eight people and injuring more than 200. According to investigators, the engineer hit the train's emergency brake just seconds before it hit the curve.

The Federal Railroad Administration demanded Amtrak modify its automatic braking system to prevent the trains from speeding at the curving section of northbound track, according to sources cited by the publication on Friday.

© AP Photo / Patrick Semansky
Attention Shifts to US Rail Safety System in Wake of Amtrak Train Crash
The technology sets off an alert in a cab in case train exceeds speed limit. If the train does not slow down, the system cuts its power to prevent a crash. However, such track circuits were protecting southbound, but not northbound trains.

Another monitoring technology, known as positive train control, was due to be adopted nationwide by the end of 2015 and Amtrak CEO Joseph Boardman pledged to install the safety system by that time.

Numerous US lawmakers, however, told local media that PTC had been installed at the site of the accident and on the train itself, but its activation was delayed due to issues associated with radio bandwidth upgrades.