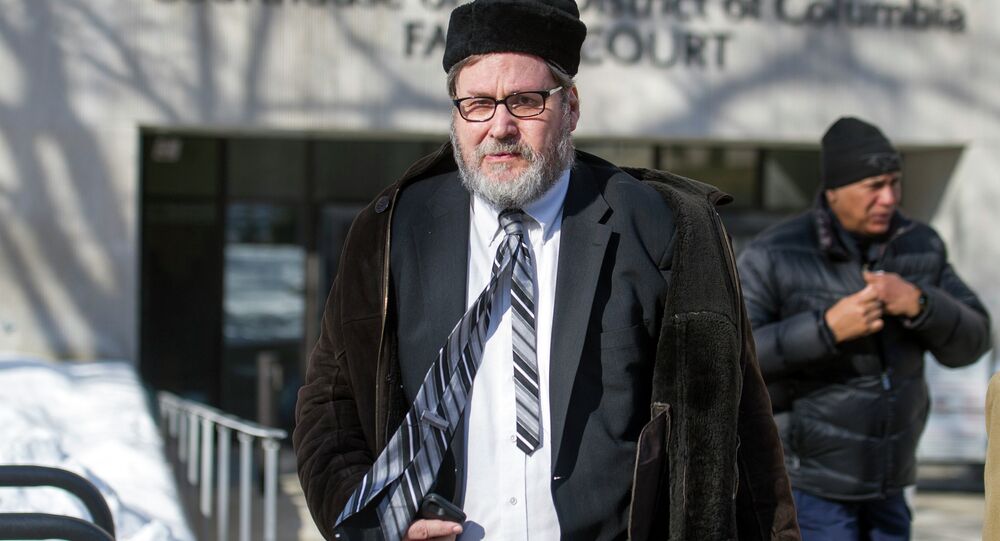 A once-prominent, now disgraced Washington DC rabbi was sentenced Friday to six and a half years for taping women in a changing room as they prepared for ritual bathing.

Rabbi Bernard Freundel, 63, pled guilty to voyeurism charges, admitting as part of the plea agreement that he filmed more than 150 women from his Orthodox congregation at the mikvah — or ritual bath — that he had worked to have built and in which he had a camera hidden since 2009.

Freundel led the Kesher Israel synagogue in Georgetown for 25 years and was arrested in October when one of his cameras was discovered. He was fired from the synagogue a month and half after his arrest.

"You repeatedly and secretly violated the trust your victims had in you and you abused your power," senior Judge Geoffrey Alprin of the DC Superior Court said when handing down the sentence.

The rabbi was convicted on 52 counts and ordered to serve 45 days for each, substantially less than the 17 years prosecutors were seeking, but more than the community service the defense wanted. The judge also ordered Freundel to pay a $13,000 fine.

Jeffrey Harris, Freundel's attorney, argued that the law required that the sentences be served concurrently and limited each one to a year. He called the six and a half year sentence "harsh."

"I was wrong. I am sorry. I did terrible things. I make no bones about it. I was in a terrible place," Freundel told the court from prepared remarks.

More than a dozen victims spoke at the hearing, and some were quite emotional about the damage Freundel had done with his actions, citing depression, nightmares, and crises of faith. Some of his victims were women whose conversion to Judaism he was overseeing, putting him in an especially authoritative and sensitive position.

The case has spurred debate about the role of women in synagogues and especially in leadership positions. In Orthodox Judaism, women cannot become rabbis.

"I feel tainted and dirty by what Rabbi Freundel did," said one, while another said he'd turned her "life upside down." Each victim, some of whom flew in from Israel, was given 5 minutes to speak, and to preserve anonymity, they were referred to with an alphabetical or numerical identifier.

One woman who has used her name publicly, Emma Shulevitz called the sentence "a good long time."

Freundel had hidden cameras — sometimes more than one at time — to film women changing clothes, using the toilet, and entering and exiting a shower, according to prosecutors.

"I recognize that I created something of a phobia about a place that should be sacred and I'm sickened by that," he said.