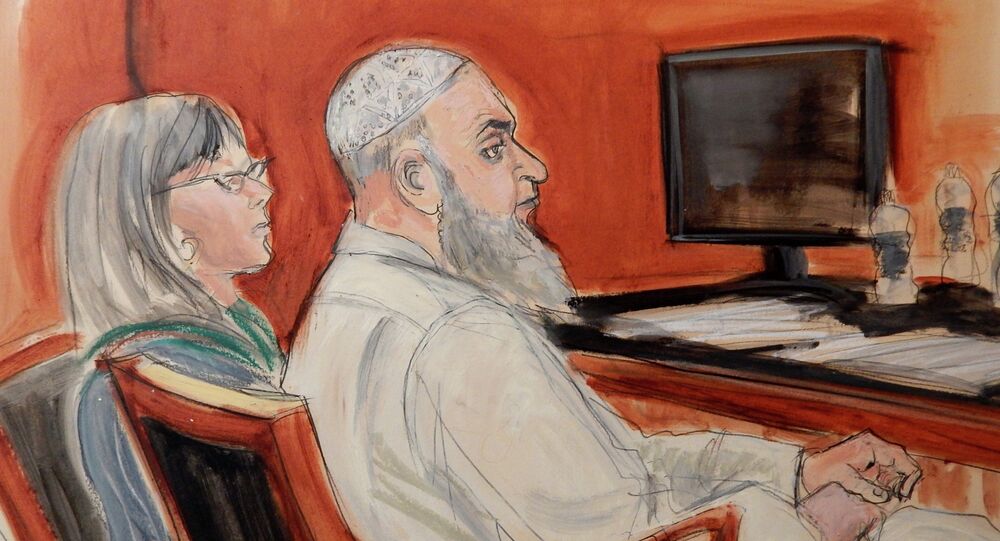 The former aide of Osama bin Laden, Khalid al-Fawwaz, was sentenced to life in prison for his role in the 1998 US embassy bombings in Africa.

NEW YORK (Sputnik) — The former aide of Osama bin Laden, Khalid al-Fawwaz, was sentenced to life in prison by a US judge for the deadly 1998 twin bombings of US embassies in Africa, according to US Department of Justice (DOJ) press release issued on Friday.

“Khalid al-Fawwaz, 52, a citizen of Saudi Arabia, was sentenced today to life in prison for multiple terrorism offenses relating to his participation in al-Qaeda’s conspiracy to kill Americans,” the DOJ release said.

Al-Fawwaz was convicted in February for conspiring to kill US nationals and destroy US buildings as well as other charges stemming from two deadly attacks on US embassies in Kenya and Tanzania that left 224 people dead and thousands injured.

© Fotolia / Vivian Seefeld
US Prosecutors Open Case Against Alleged Prominent al-Qaeda Figure
“Fawwaz was bin Laden's bridge to the West, facilitating interviews of bin Laden in Afghanistan by Western media and disseminating bin Laden's 1996 declaration of jihad against America and his 1998 fatwah directing followers to kill Americans anywhere in the world,” US Attorney Preet Bharara of the Southern District of New York was quoted as saying in the release.

The August 7, 1998, truck bombings at US embassies in Dar es Salaam, Tanzania and Nairobi, Kenya was one of al-Qaeda's biggest hits on US targets before 9/11.

“This case is a testament to our commitment to bringing to justice those who threaten the United States and our interests around in the world, no matter how long it may take,” Assistant Attorney General for National Security John Carlin was quoted as saying in the release.

Al-Fawwaz was arrested in 1998 in London and brought to the United States in 2012 after losing a lengthy extradition battle.