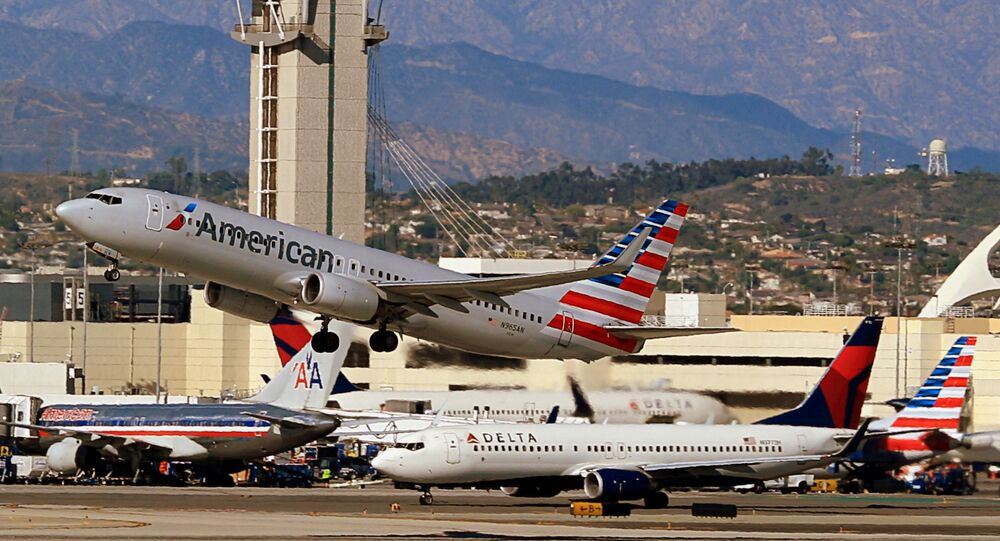 Three of the biggest US carriers received more than $70 billion in support from the government over the last 15 years, according to Etihad Airways.

MOSCOW (Sputnik) — Three of the biggest US carriers — Delta Air Lines, United Airlines and American Airlines Group — have received more than $70 billion in support from the government over the last 15 years, according to a research, commissioned by Etihad Airways.

In March, the three US carriers in question called on US authorities to halt the expansion of Gulf carriers' services to the United States, accusing Etihad Airways and Emirates Airline, as well as Qatar Airways, of receiving state subsidies amounting to more than $40 billion.

"These US airlines have received benefits valued at US$71.48 billion, more than US$70 billion of which has been since 2000," Etihad Airways' press release said Thursday.

© AP Photo / J. Scott Applewhite
Wikileaks: US Airlines Given Billions in Government Subsidies
According to Jim Callaghan, the United Arab Emirates' carrier general counsel, the research does not question the legitimacy of benefits provided by the US government to carriers.

"We simply wish to highlight the fact that US carriers have been benefitting and continue to benefit from a highly favorable legal regime, such as bankruptcy protection and pension guarantees, exemptions from certain taxes, and various other benefits," Callaghan added.

He stressed that these benefits have created "a highly distorted market," making it difficult for foreign carriers, such as Etihad Airways, to compete.