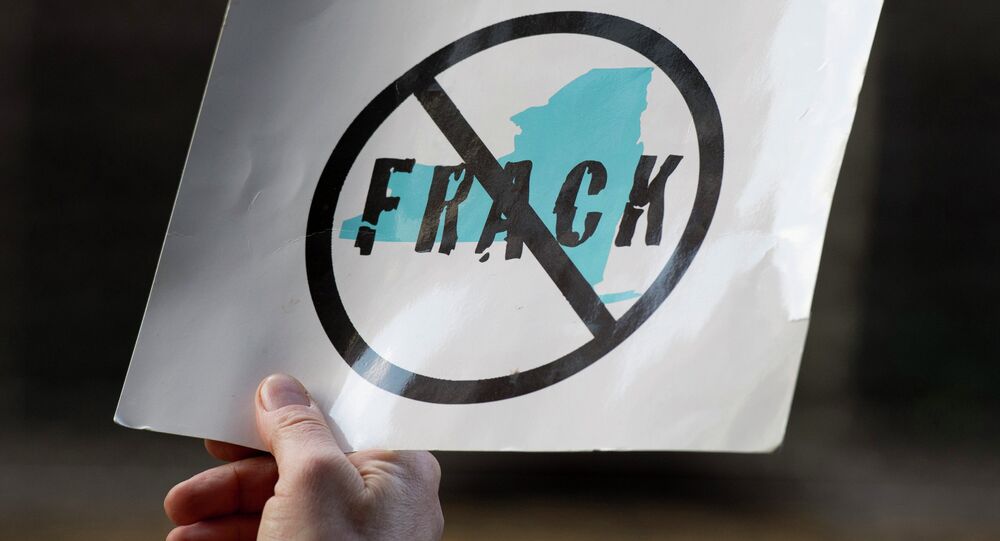 MOSCOW (Sputnik) — The US state of New York is less than two weeks away from issuing a ban on fracking following the release of the New York Department of Environmental Conservation's (DEC) final impact statement on the controversial oil and gas extraction technique.

The DEC's Final Supplemental Generic Environmental Impact Statement (SGEIS), published on Wednesday, found that the health, environmental and community hazards posed by fracking to residents far outweigh its advantages. DEC Commissioner Joe Martens is now due to issue a legally binding Findings Statement within 10 days of the release of the Final SGEIS.

© AP Photo / Richard Vogel
Fracking in US to Move Ahead Despite Bans, Environmental Concerns - Experts
The Final SGEIS reviewed over a quarter million public comments gathered since 2009, consultations with the New York State Department of Health (NYSDOH), industrial reports, as well as findings on fracking from nearby Pennsylvania. The report found air pollution, water contamination, earthquakes and socio-economic impacts among the dozens of dangers fracking poses to New Yorkers, residing near potential extraction sites.

"Once [the Final SGEIS] is complete, I will prohibit high-volume hydraulic fracturing in New York State at this time," Martens added in the DEC press release.

The practice of using high-pressure injections of water, sand and toxic chemicals into underground shale formations to extract natural resources, known as fracking, shows no sign of abating in the United States. A growing body of research points to potential side effects to fracking, including methane emissions, quakes and water contamination.

© East News / Science Photo Library
Researchers: Fracking Responsible for 4.0-Magnitude Texas Earthquake
The US Bureau of Land Management issued fracking regulations this March and legislation to ban fracking on public lands was introduced in the US Congress last month.

"Studies and expert comments evidence that significant uncertainty remains regarding the level of risk to public health and the environment that would result from permitting high-volume hydraulic fracturing in New York, and regarding the degree of effectiveness of proposed mitigation measures," the DEC's Final SGEIS concludes.