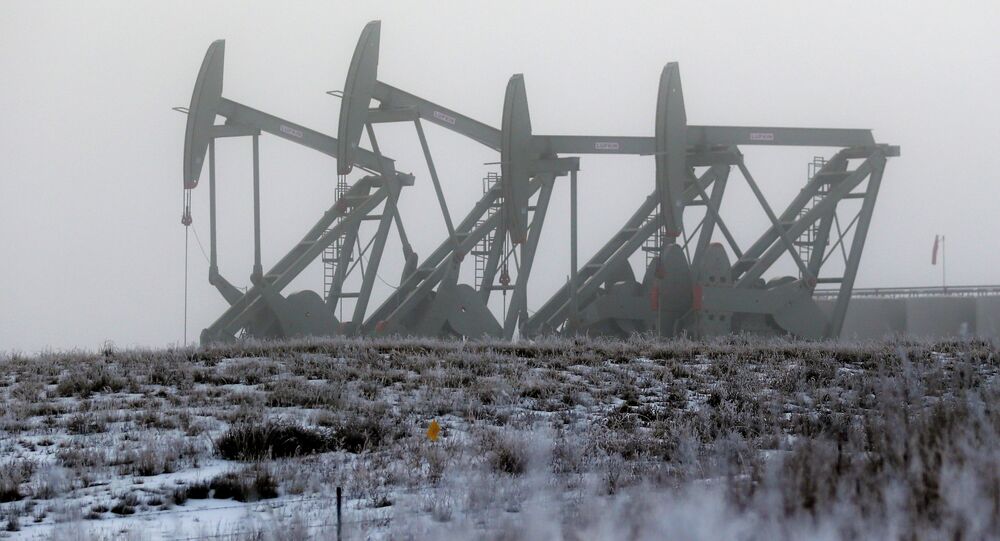 Reforming US federal energy policies to lift the ban on exporting crude oil could stabilize the global oil market and benefit the United States, according to a US Chamber of Commerce press release.

WASHINGTON (Sputnik) — Harbert urged the US Congress to lift the ban, explaining that such move would “lower gasoline prices by as much as $5.8 billion per year, create an additional 394,00 jobs and add $1.3 trillion to the federal Treasury by 2030 and $239 per year in disposable income to American households.”

"Not only is lifting the ban on crude oil exports good for America's economy, it could also calm world oil markets," the Chamber’s Institute for 21st Century Energy Chief Karen Harbert said on Wednesday.

"Exporting US crude oil will ensure steady US production and further inoculate our country from unstable and unfriendly nations."

Early on Wednesday, US Senators Lisa Murkouski and Heidi Heitkamp introduced the Energy Supply and Distribution Act of 2015, which seeks to lift the US ban on crude oil exports.