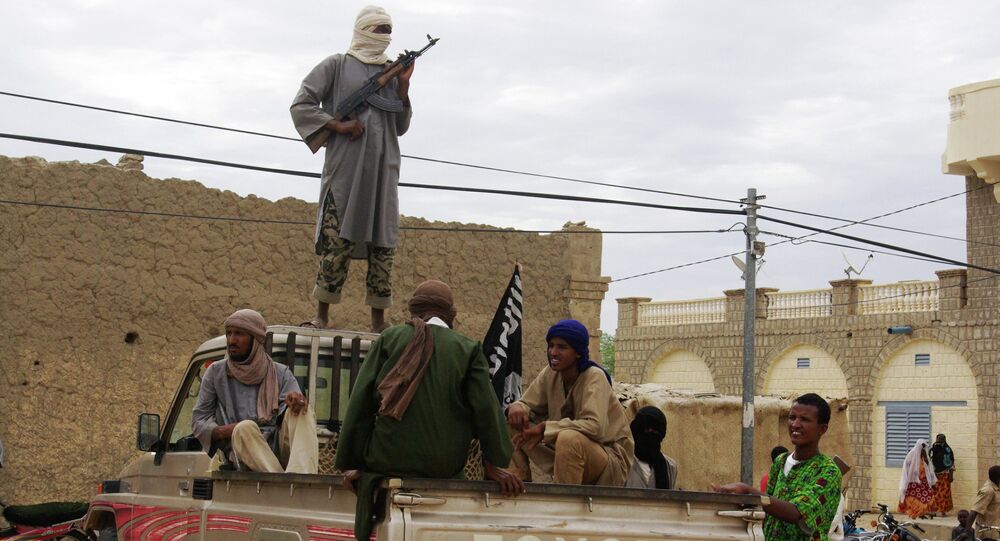 Senior officials in the Obama administration have called on the US television networks to stop using stock footage of the Islamic State militants showing the group at the peak of its strength, spokesperson for the special envoy for the US-led anti-ISIL coalition Emily Horne, said as quoted by the Politico daily.

MOSCOW (Sputnik) — The US-led coalition has been conducting airstrikes on Islamic State positions in Syria and Iraq, helping the Iraqi security forces to recapture the city of Tikrit, earlier this year. However, the ISIL jihadist group still controls large parts of both countries.

"We are urging broadcasters to avoid using the familiar B-roll that we've all seen before, file footage of ISIL convoys operating in broad daylight, moving in large formations with guns out, looking to wreak havoc," Emily Horne said.

She added that the footage broadcast by US networks was "inaccurate" as it showed the movements of the ISIL militants before the coalition began conducting airstrikes last August.

"When that file footage gets out there it actually risks bolstering their image, and can contribute to foreign fighter recruitment and supporting the myth of their invincibility," Horne said.

Thousands of foreign nationals have joined the jihadist cause of the ISIL extremist group after it gained notoriety, proclaiming a caliphate on the territories under its control. The group is also notorious for its brutality and multiple executions of foreign hostages.