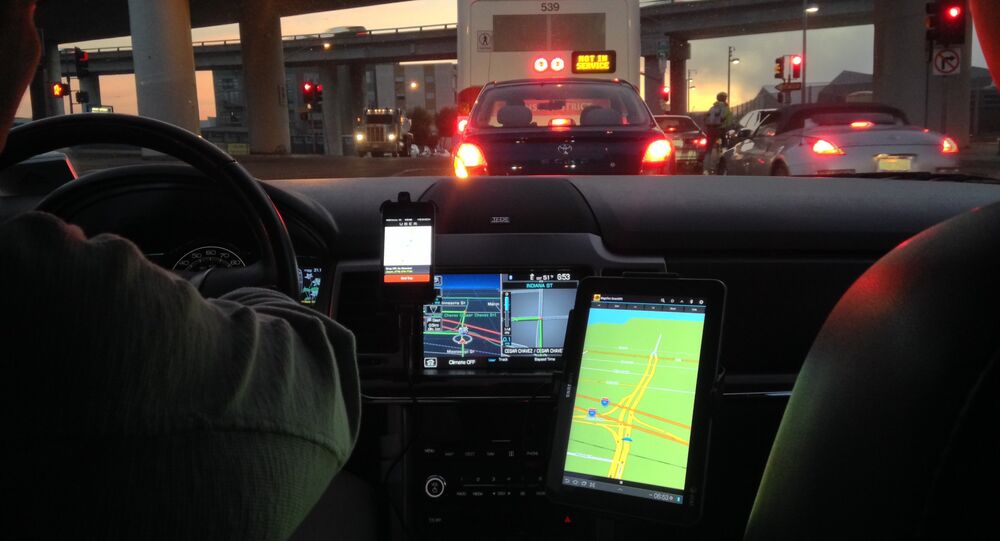 A California woman is suing her former employer for firing her after she uninstalled an app on her company issued phone which tracked her location every moment. The woman claims she was being monitored even while she was not working and likened the experience to being a prisoner wearing an ankle bracelet.

Myrna Arias has alleged in a lawsuit filed against her former employer, the money transfer firm Intermex, that her boss, John Stubits, was using the job-management app Xora to track her every move 24 hours a day, seven days a week.

Intermex, which is based in Miami, is a wire transfer service which allows customers to easily transfer money to Central America.  Arias’ job was to travel around central California to hispanic owned bodegas and businesses to convince them to install the money transfer machines.  The app is meant to allow employers to track their employees while they are on the clock.

“The app had a "clock in/out" feature which did not stop GPS monitoring, that function remained on. This is the problem about which Ms. Arias complained. Management never made mention of mileage. They would tell her co-workers and her of their driving speed, roads taken, and time spent at customer locations. Her manager made it clear that he was using the program to continuously monitor her, during company as well as personal time.” Arias’ attorney Gail Glick told Ars Technica in an email statement.

The complaint alleges invasion of privacy, retaliation, unfair business practices, as well as other allegations. Arias is seeking over $500,000 in damages.

When Arias initially brought her privacy concerns to Stubits, he told her that he was required to keep her phone on all day, every day.

“After researching the app and speaking with a trainer from Xora, Plaintiff and her co-workers asked whether Intermex would be monitoring their movements while off duty. Stubits admitted that employees would be monitored while off duty and bragged that he knew how fast she was driving at specific moments ever since she installed the app on her phone. Plaintiff expressed that she had no problem with the app's GPS function during work hours, but she objected to the monitoring of her location during non-work hours and complained to Stubits that this was an invasion of her privacy. She likened the app to a prisoner's ankle bracelet and informed Stubits that his actions were illegal. Stubits replied that she should tolerate the illegal intrusion…” The complaint alleges.