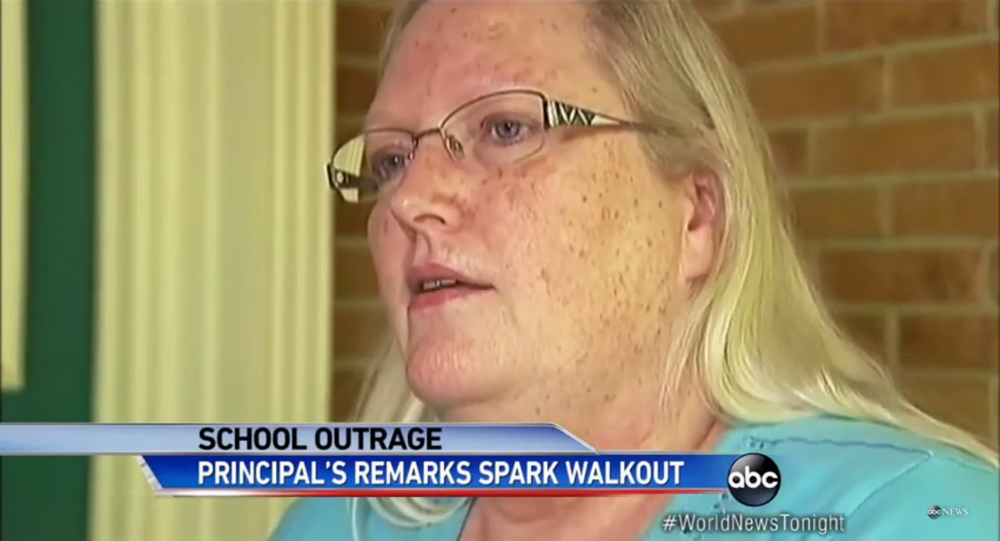 As reprehensible and asinine as any racist comment is, one Lilburn, Georgia principal’s comments were so vile that they caused a mass walkout during a high school graduation ceremony. She has since blamed “the devil” and insists her racist comment was not racist.

The ceremony, honoring the graduating class of TNT Academy on Friday, went smoothly enough until the principal, Nancy Gordeuk, accidentally dismissed the audience before the valedictorian had given his speech.

Frantic, Gordeuk tried to correct her mistake by asking the audience to return to their seats.

"She forgot the final speech," graduating student Donte Lambert told WXIA-TV. "So she dismissed us all at first. Then she told everyone to come back. One parent got mad and he told his child to come on."

She then took out her frustration on an individual who had been filming the ceremony on a tablet. Insisting that his actions were causing a distraction, Gordeuk called this man a "goober" and "a little coward."

This, naturally, caused that individual’s family to walk out, only exacerbating her frustrations.

"You people are being so rude to not listen to this speech," she screamed to the confused crowd, before dropping the bombshell.

This caused a number of students and family members to storm out of the auditorium. The white valedictorian, who had been standing loyally by her side, also turned away at this point.

Speaking to KABC-TV over the weekend, a tearful Gordeuk insisted that "it was not a statement of racism. It was just my frustration."

In an apology email addressed to parents, the principal defended her actions by saying "the devil was in the house and came out from my mouth."

That explanation has meant little to those who attended the ceremony, and many students have said Gordeuk’s statements ruined their graduation.

"She needs to get out of that field of being a teacher or a motivator," Shakel Forman, Lambert’s mother, told WXIA-TV. "She doesn’t need to be in that field at all."

Making a bad situation worse, Gordeuk’s son took to Facebook to defend his mother. Placing the blame back on the man "with a tablet with somthing [sic] wrote on it," Gordeuk’s son used a racial epithet to threaten those offended by the racist remarks.

Nancy Gordeuk founded the TNT school, and the events of Friday evening will likely leave a lasting stain on the institution’s reputation.