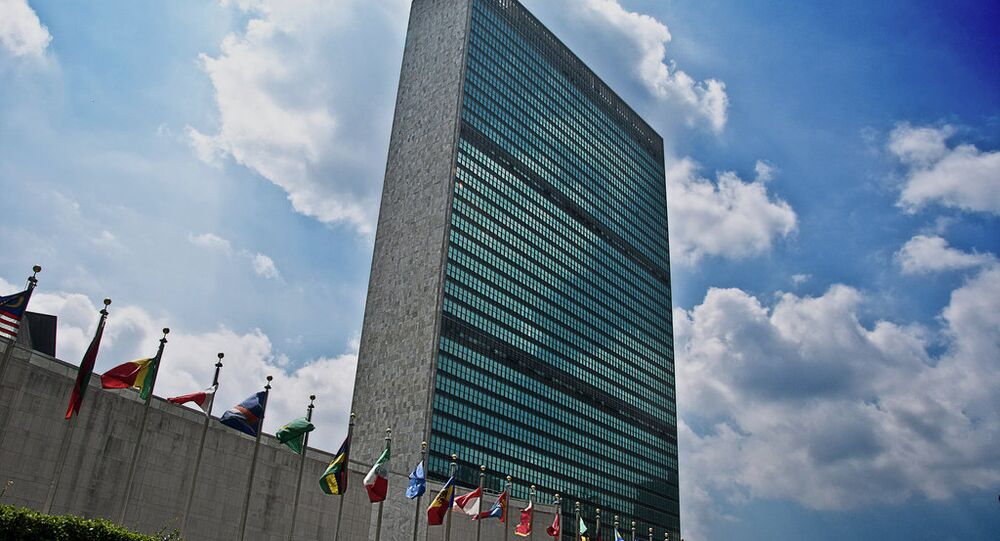 United Nations to Deliver Human Rights Report Card on US

The United States’ human rights record will be reviewed by the United Nations on Monday, as Americans face issues of police brutality, mass surveillance, and the legacy of the country’s War on Terror.

Before the UN Human Rights Council in Geneva, diplomats from around the world will probe a United States delegation as part of the Universal Periodic Review, a debate that each of the UN’s 193 countries must face every four years.

© CC BY-SA 2.0 / Global Panorama / Death Noose
US Fails as Human Rights Leader if Death Penalty Remains - Amnesty Int'l
The US’s turn comes in the midst of a civil rights investigation into the Baltimore Police Department following the death of Freddie Gray, a 25-year-old who died in police custody last month and whose death sparked violent protests across the city.

Another case expected to be talked about will be the death of Michael Brown, an 18-year-old fatally shot by a police officer in Ferguson, Miss., whose killing also ignited violent protests.

The US delegation will be headed by US ambassador to the council Keith Harper and acting US legal advisor Mary McLeod.

"The world will be asking hard questions of a country that considers itself a human rights champion," said Jamil Dakwar, head of human rights at the American Civil Liberties Union, in an interview with AFP.

These questions are expected to deal with an array of issues including the incarceration of children who are illegal immigrants and conditions in US prisons. According to reports filed in advance of Monday’s hearing, questions will deal with long-term solitary confinement and the death penalty. Alleged CIA torture of terrorists will also be scrutinized along with the US’s failure to close the Guantanamo Bay detention centre in Cuba. The UN’s scope of the War on Terror is expected to expand into surveillance of Americans as outlined in the records released by former National Security Agency contractor Edward Snowden.

YouTube/The National
Former Gitmo Detainee Omar Khadr Speaks After Release From Canadian Jail
The US was first put under the microscope in November 2010 when it was given its first UPR record. Activists argue that the country has failed to implement several of the 171 recommendations it accepted out of 240 directed by other countries.

"The US has little progress to show for the many commitments it made during its first Universal Periodic Review," said Antonio Ginatta, a US advocacy director at Human Rights Watch.

Human Rights Groups Up in Arms Over Excessive Spy Laws