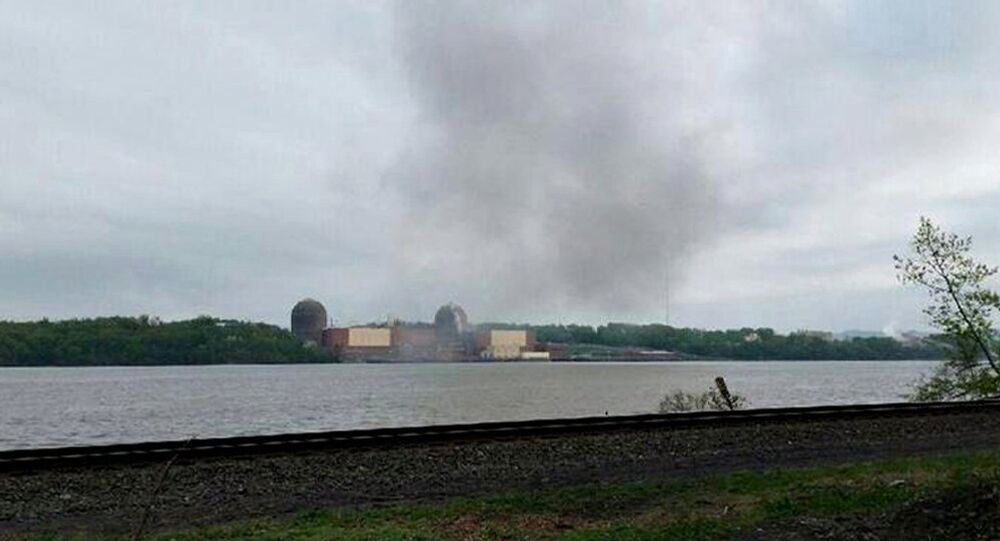 WASHINGTON (Sputnik) — Incident with the Indian Point nuclear power plant near New York City has led to an oil spill in Hudson River from the damaged transformer, according to New York Gov. Andrew Cuomo.

The Indian Point Unit 3 nuclear power plant near New York City was shut down Saturday after transformer's fire outside of the nuclear area of the plant.

© AFP 2020 / DON EMMERT
Nuclear Power Plant Near New York City Shut Down After Fire
He added that there is no exact data on how much oil was spilled into the river.

Cuomo pointed out that the booms had been put in the river to collect the spill.

On Saturday, the Entergy Corporation operating the facility stressed that there was no danger to public health and safety since all the Indian Point’s emergency systems had worked as designed following the incident.

The facility produces 25 percent of the New York City and Westchester’s electricity, generating about 2,000 megawatts of electricity.

US to Spend $60 Mln on Russian Nuclear Security Despite Sanctions