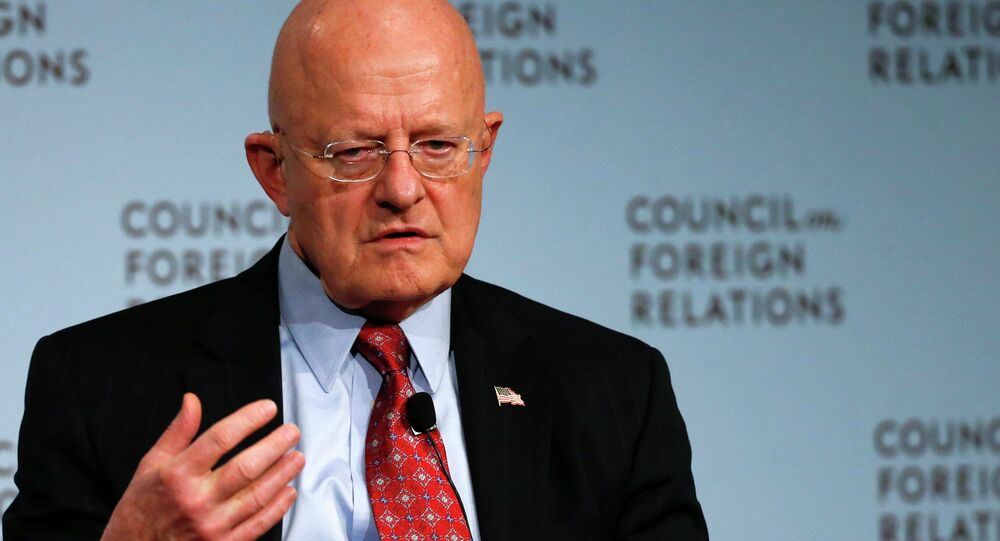 US Intelligence Chief Withheld Data on Mass Surveillance 'By Mistake'

Jim Clapper, the US director of national intelligence, said that he did not lie about the absence of US mass surveillance practices, but simply made a "mistake," according to his lawyer.

© AP Photo / Andy Wong
Hack for Hack? US Wants Beijing to Probe Cyberattacks, Despite Evidence NSA Targeted China
MOSCOW (Sputnik) — Jim Clapper, the US director of national intelligence, did not lie about the absence of US mass surveillance practices, but simply made a "mistake," Clapper's chief legal officer said.

As the national intelligence director, Clapper oversees the operation of 17 US government agencies, which are part of the United States Intelligence Community.

"This was not an untruth or a falsehood. This was just a mistake on his part. We all make mistakes," Robert Litt, the general counsel for the Office of the Director of National Intelligence, was quoted as saying by The Hill at a discussion hosted by the Advisory Committee on Transparency on Friday.

During Senate Intelligence Committee hearing in 2013 Clapper said the collection of bulk data could only have happened "inadvertently," according to the news outlet.

On Friday, Litt reportedly said that Clapper was caught off guard when asked about the mass surveillance and was not prepared for the question.

Litt added that the national intelligence director was talking about a different piece of legislation, which caused the confusion.

Section 215 of the Patriot Act has been interpreted by the NSA to justify the mass surveillance program on US citizens. The section is set to expire on June 1, if it is not renewed.

Currently, two bills are being considered, with one renewing the surveillance-related provisions of Patriot Act, and another imposing limitations on Section 215 by allowing surveillance on specific targets after approval by an intelligence court.