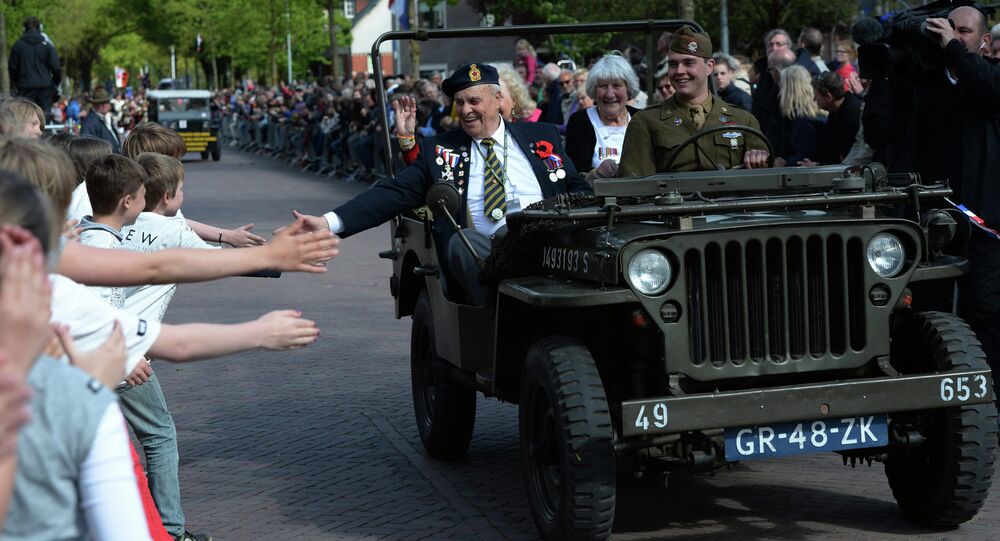 Russian Diaspora in Canada to Celebrate Victory Day on May 9

A spokesman for the Russian embassy in Canada said that the Canadian capital Ottawa and the most populous city of the country Toronto will hold events dedicated to the 70th anniversary of Nazi defeat in the World War II on May 9.

Victory Day Celebrations to Start in United States on Thursday
WASHINGTON (Sputnik) – Canadian capital Ottawa and the most populous city of the country Toronto will hold events dedicated to the 70th anniversary of Nazi defeat in the World War II on May 9, a spokesman for the Russian embassy in Canada said Friday.

“We will honor our veterans who live in Ottawa, at a ceremonial reception at the embassy on May 9, there are not so many of them, only 15 people,” Kirill Kalinin said.

Officials from the embassies of China, Germany and countries of the Commonwealth of Independent States (CIS) will participate in the reception, according to the spokesman. Canadian officials have also been invited, although they have not confirmed their participation.

Russian embassy workers and Russian nationals plan to visit Canadian War Museum in Ottawa and lay flowers at the T-34 tank which is a part of museum’s exposition.

Toronto's initiative group will hold a parade of World War II veterans from the former Soviet Union countries and from allied nations, workers of the rear, survivors of the siege of Leningrad (modern St. Petersburg) and the Holocaust. The group has also organized an event in a city park where everyone will be able to meet veterans. Representatives of the local authorities and organizations are expected to congratulate veterans.

Montreal’s initiative group plans to fly a plane with a 70-meter (229-foot) St. George ribbon that symbolizes the Soviet victory over Nazi Germany. The Montreal group said, they have already handed out 6,000 ribbons preparing for the Victory Day.

On May 9, extensive events are planned in Russia and other former Soviet states to celebrate the 70th anniversary of Nazi Germany's capitulation.