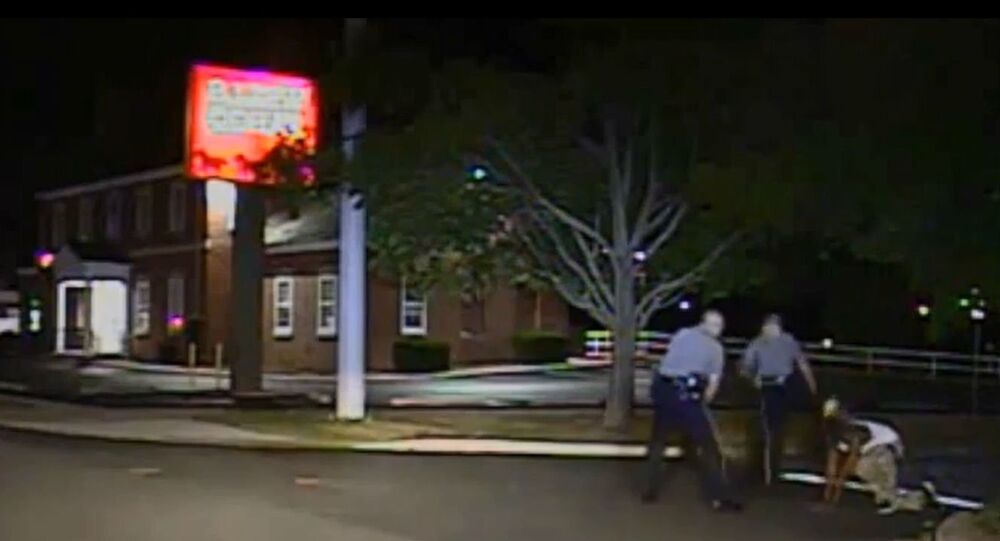 Police in Delaware released a dashcam video from an incident in August 2013, showing a white police officer kicking a black suspect in the face after he complies with the cop’s order.

The video was released on Thursday after a federal judge ruled that it was no longer considered confidential, and days after a grand jury indicted Dover Police Cpl. Thomas Webster on felony second-degree assault charges.

Recorded from another police officer’s dashcam on August 24, 2013, the video shows the patrol car responding to a call about a fight in a Dover gas station. Webster, who was already on the scene, spotted suspect Lateef Dickerson and proceeded to stop him and order him to get on the ground.

Dickerson appeared to comply with the officer’s orders, as he is seen bending down and placing his arms and feet on the ground. However, that didn’t stop Webster from kicking the suspect in the face, knocking him unconscious and breaking his jaw in the process.

Webster was subsequently placed on paid leave, pending an internal investigation and a review of the case by then-Attorney General Beau Biden’s office. The case was then taken to  a grand jury in March 2014, which initially declined to indict the officer, allowing him to return to full duty in June of that year.

The decision not to indict, however, prompted the American Civil Liberties Union (ACLU) to step in and sue the Dover Police Department on behalf of Dickerson.  The lawsuit claimed that Webster’s use of force was "intentional, willful, and malicious battery."

After acknowledging that there was video of the incident, the Dover Police Department also initially refused to release it, citing personnel issues. This changed once the new attorney general, Matt Denn, took office earlier this year and decided to revisit the case.

"We thought that the evidence justified bringing it to the [second grand jury], and the grand jury returned the indictment," he said to News Journal. "Our responsibility now is to make sure that the process is a fair one, and we’re going to do that."

Webster was arrested and placed on unpaid leave on Monday after the second grand jury indictment.