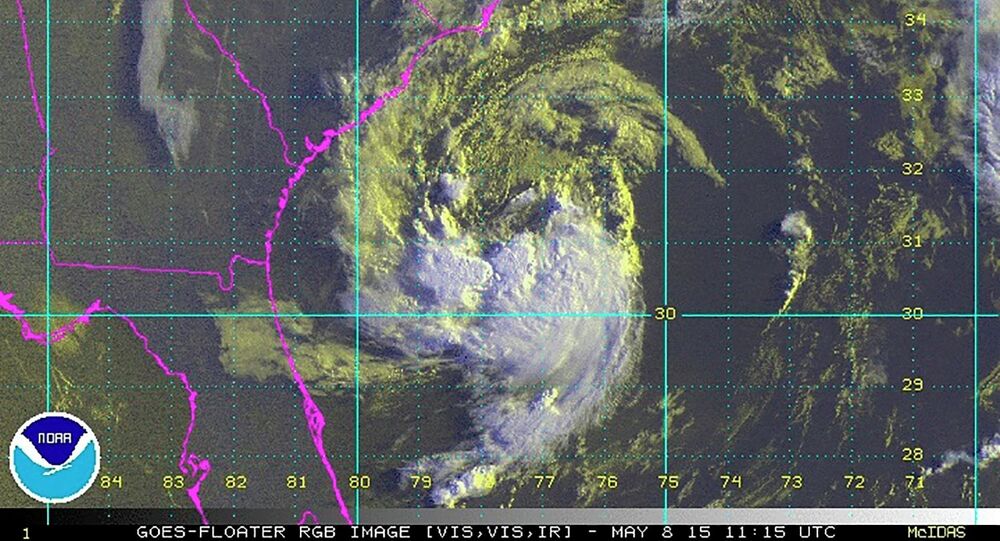 A tropical storm warning is in effect for different parts of US states of North and South Carolina as Tropical Storm Ana approaches the country’s east coast.

WASHINGTON (Sputnik) — A tropical storm warning is in effect for different parts of US states of North and South Carolina as Tropical Storm Ana approaches the country’s east coast, according to media reports on Friday.

“A tropical storm warning was issued Friday for parts of North and South Carolina as Ana approached the US coast, kicking up rough surf and rip currents ahead of what was forecast to be a rainy weekend,” The Fayetteville Observer reported.

The storm, which formed last month before Atlantic Hurricane season starts on June 1, is about 180 miles south-southeast of Myrtle Beach, South Carolina, and is expected to impact the area from Surf City in North Carolina to Santee River in South Carolina.

“The National Hurricane Center in Miami said on Friday that Ana’s maximum sustained winds are near 45 mph with slight strengthening forecast during the next day or so,” local media reported.

Rain will take shape shortly, because the storm is moving slowly and will not clear out quickly, and is expected to deliver two to four inches of rain.

Forecasters are warning people to avoid dangerous surf and rip currents increasing in size because of the storm.

On April 4, 2015, at least 24,000 people were evacuated from the Philippines’ north-eastern province of Aurora ahead of the potential strike of tropical storm Maysak.