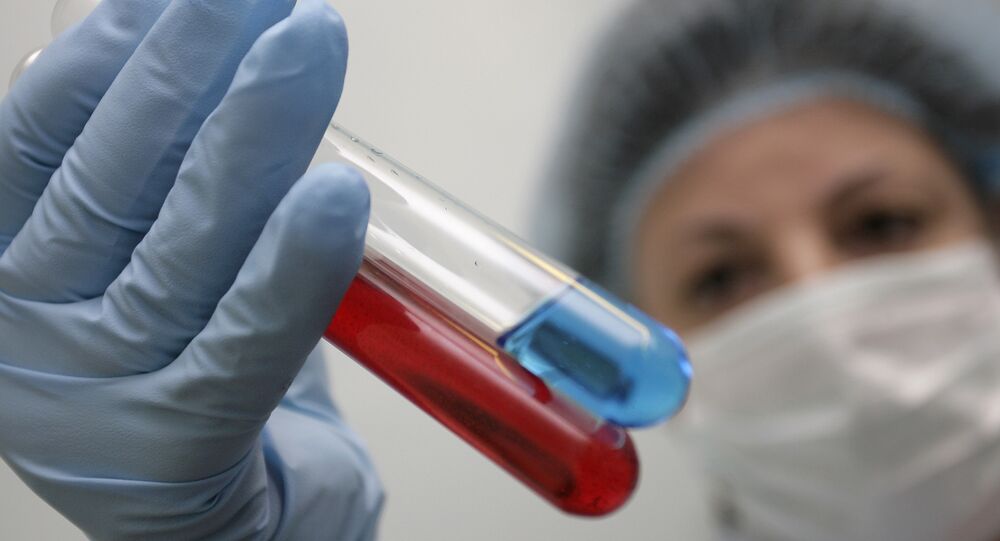 A Foundation based in the US state of California reportedly will establish a clinic to treat patients infected with HIV in Austin, Indiana.

WASHINGTON (Sputnik) — A Foundation based in the US state of California will establish a clinic to treat patients infected with the Human Immunodeficiency Virus (HIV) in Austin, Indiana after an outbreak in infections, according to media reports on Friday.

On Tuesday, local media reported an outbreak of HIV infections in the Austin area, but the number of infected individuals has significantly increased since.

“There are 150 cases confirmed in the Indiana outbreak,” WLFI Channel 18 Tippecanoe County said on Friday.

© Flickr / Sanofi Pasteur
Human Trials Begin: Using Cloned Human Antibodies to Wipe Out HIV
The HIV virus destroys white blood cells crucial to maintaining the function of the human immune system. A person infected with the HIV virus is less equipped to fight off infection and disease, ultimately resulting in the development of Acquired Immune Deficiency Syndrome, or AIDS, according to the US National Institute of Allergy and Infectious Diseases.

Antiretroviral medicines can help reduce the amount of the HIV virus in the body, preserve the white blood cells and dramatically slow the destruction of the immune system.

On April 21, 2015, the US National Institutes of Health in Bethesda, Maryland said in a statement that faulty medicine could threaten decades of disease research, specifically HIV/AIDS research, around the world.