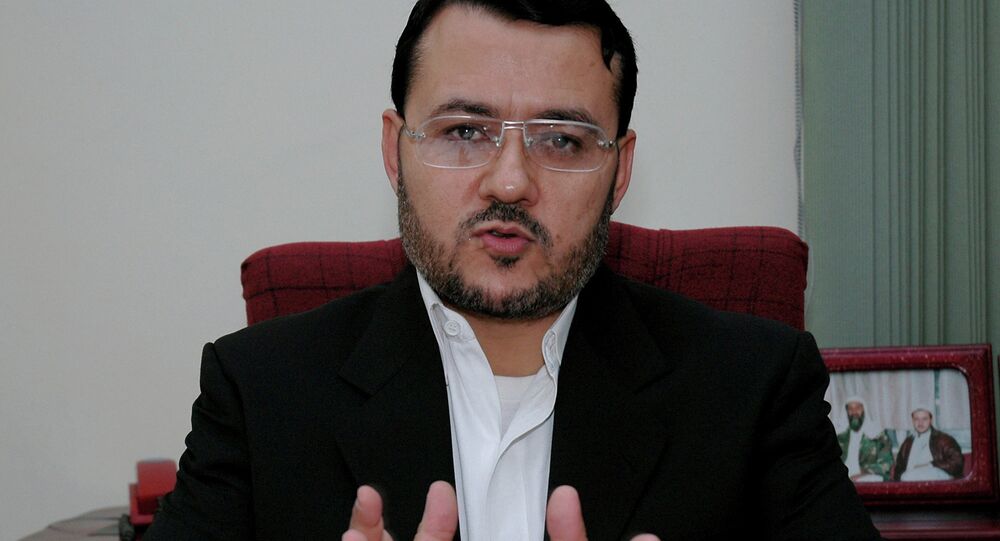 The United States government labeled a prominent journalist as a member of al-Qaeda and placed him on a watch list of suspected terrorists, according to a top-secret document leaked by National Security Agency whistleblower Edward Snowden.

Ahmad Muaffaq Zaidan, Al Jazeera’s longtime Islamabad bureau chief and a Syrian national, has spent most of his career reporting on the Taliban and al-Qaeda. He has conducted several interviews with senior al-Qaeda leaders, including Osama bin Laden.

A slide from a 2012 NSA PowerPoint presentation bears Zaidan’s photo, name, and a terror watch list identification number, and labels him a “member of Al-Qa’ida” as well as the Muslim Brotherhood. It also notes that he “works for Al Jazeera,” a global news service funded by the government of Qatar.

The presentation was among documents Snowden provided to the Intercept.

Zaidan "absolutely" denied having any affiliation with a terrorist organization, while Al Jazeera vigorously defended his reporting.

"To assert that myself, or any journalist, has any affiliation with any group on account of their contact book, phone call logs, or sources is an absurd distortion of the truth and a complete violation of the profession of journalism," Zaidan wrote in a statement provided by Al Jazeera to the Intercept.

Zaidan was identified as a terrorist by SKYNET, an NSA program that analyzes phone metadata in order to detect suspicious patterns and identify people that it believes move like al-Qaeda couriers.

Drone targets are often identified in part based on metadata analysis and cell phone tracking, as former NSA director Michael Hayden pointed out in May 2014, when he famously said, “We kill people based on metadata.” Metadata played a key role in locating and killing Osama bin Laden.

Yet US drone strikes have killed many hundreds of civilians and unidentified alleged militants who may have been marked based on the patterns their cell phones gave up. That has caused people whose work requires contact with extremists and groups that the US government regards as terrorists to worry that they could look suspicious in metadata analysis.

"Prominent American journalists have interviewed members of blacklisted terrorist groups, including al-Qaeda," Jameel Jaffer, deputy legal director of the American Civil Liberties Union, told the Intercept. "It would surprise me if journalists in Pakistan hadn’t done the same. Part of the job of journalists and human rights advocates is to talk to people the government doesn't want them to talk to."

The US government’s surveillance of Zaidan is not the first time that it has linked Al Jazeera or its personnel to al-Qaeda.

During the invasion of Afghanistan, in November 2001, the United States bombed the network’s Kabul offices. The Pentagon claimed that it was “a known al-Qaeda facility.”

Sami al-Hajj, an Al Jazeera cameraman, was imprisoned at Guantanamo for six years before being released in 2008 without ever being charged. He has said he was repeatedly interrogated about Al Jazeera. In 2003, Al Jazeera’s financial reporters were barred from the trading floor of the New York Stock Exchange for "security reasons."

During the invasion of Iraq, US forces bombed Al Jazeera’s Baghdad offices, killing correspondent Tariq Ayoub. The US insisted it was unintentional, though Al Jazeera had given the Pentagon the coordinates of the building.

But the US government appears to have somewhat softened its view of the network in the last several years. One example of this is the Obama administration criticizing Egypt for holding three of Al Jazeera’s journalists on charges of aiding the Muslim Brotherhood.