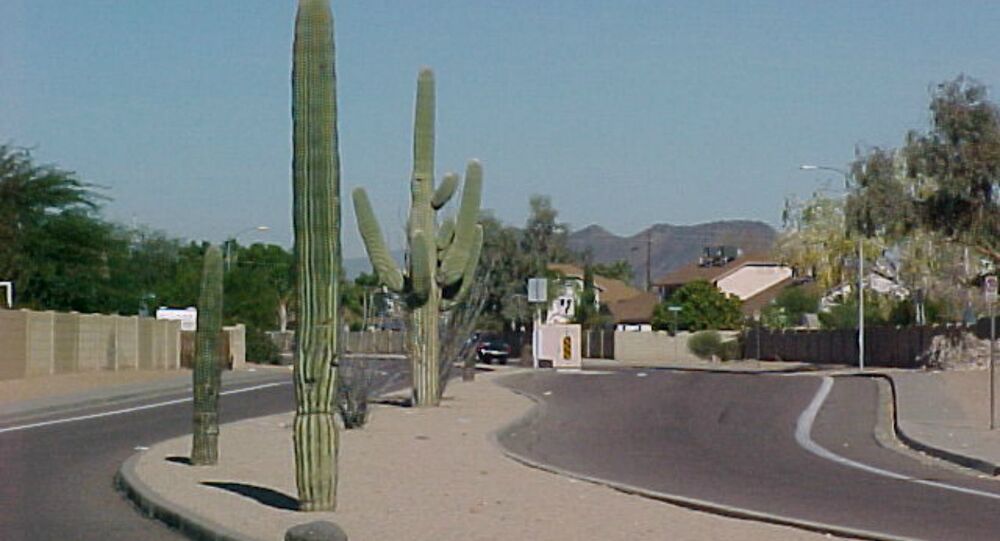 Residents of Paradise Valley, Arizona, were being denied answers on why decoy cacti containing surveillance cameras have been installed all over their town. After persistent questioning, town leaders finally admitted that the cameras are license plate readers which will cross check license plates against a hotlist database.

Town Manager Kevin Burke spoke to the local Fox affiliate and claimed that the spying cacti will not be activated until privacy and data retention concerns have been addressed.

“Shouldn’t that have been vetted before they even went up?” a reporter from Fox asked, which Burke responded to by saying, “It probably is fair. I think this is a technology that we’re always learning about, so every time you think we ‘okay, have everything covered’, somebody else brings up a new idea.”

"It’s appropriate to use license plate scanners to check for wanted vehicles, but the technology should never be used to store up databases of the movements of vehicles that are not on any hot lists," American Civil Liberties Union senior policy analyst Jay Stanley and ACLU legal assistant Bennett Stein wrote in a blog entry.  "It violates the longstanding tenet that the government not monitor citizens unless it has individualized suspicion of involvement in wrongdoing," they added.

The city claims that the cameras are not being embedded in the cacti to be secretive, but rather to be aesthetically pleasing.  The town currently had the same technology installed on traffic lights in February, and were secretive about it then as well.

The cameras are being funded by a $2 million “technology upgrade” that passed through city council last year.  It is unclear is Department of Homeland Security is helping to fund these readers as they have in other cities.

It is also currently unclear what agencies will have access to the data collected by these scanners, but the Department of Homeland Security has been working on a database aimed at tracking "known license plate numbers associated with the aliens who are immigration enforcement priorities" and monitor "where and when the vehicle has traveled within a specified period of time," in “at least 25 states”  according to government officials speaking to NextGov.

Any reporter who puts in a public records request is immediately denied citing that every scan is part of an active investigation, while maintaining that they are not violating the rights of American citizens as a license plate has no expectation of privacy.

“There's nothing in this for citizens. If license plate data has ‘no expectation of privacy,’ the police should have no problem with turning over anonymized data, much less records pertaining directly to the requester. But the law enforcement community continues to use a double-standard that allows it to circumvent the annoyance of limiting itself to pertinent data while maintaining a wall of opacity to further distance the public from all the data it's gathering on them.” Tim Cushing wrote in Tech Dirt last year.