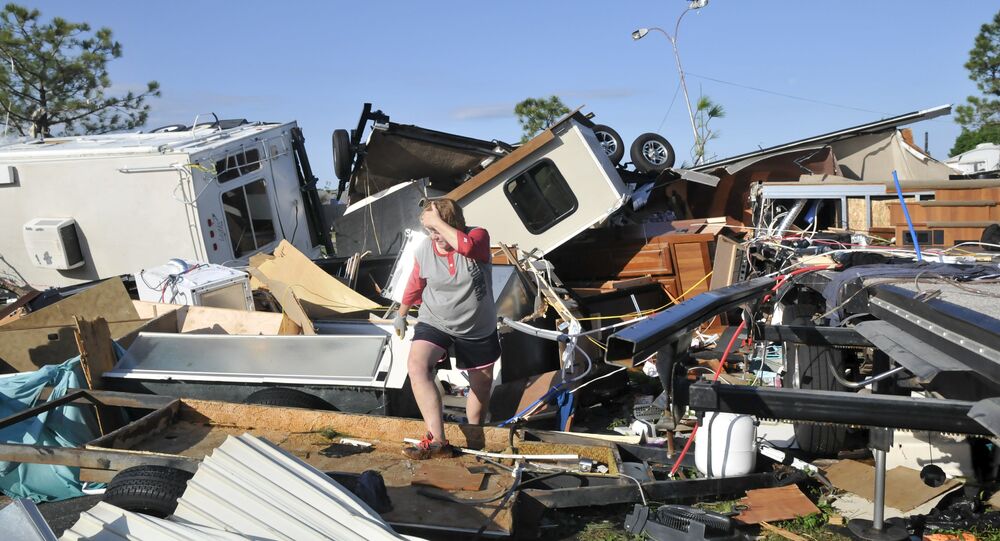 US Oklahoma Governor Declares State of Emergency Amid Devastating Storms

“Tornadoes, severe storms, straight-line winds and flooding beginning May 6, 2015, and continuing have caused extensive damage to public and private properties within the state of Oklahoma; and said damages have caused an undue hardship on the citizens of this state,” the executive order posted on the governor’s website reads.

© AP Photo / Sue Ogrocki
Devastating Tornado Leaves at Least 12 Injured in Oklahoma City
The governor stated that the emergency plan was activated on Wednesday and state departments and agencies would continue efforts to protect residents’ lives and minimize damage.

Kansas, Nebraska and Texas were hit by strong winds and heavy rain which struck central states on Wednesday. The National Weather Service issued over 50 tornado and 80 hail reports for central states. According to CNN, one of the tornadoes hit a mobile home park in Oklahoma City, injuring 13 people.

Nearly Gone With the Wind: Close Encounter With Tornado