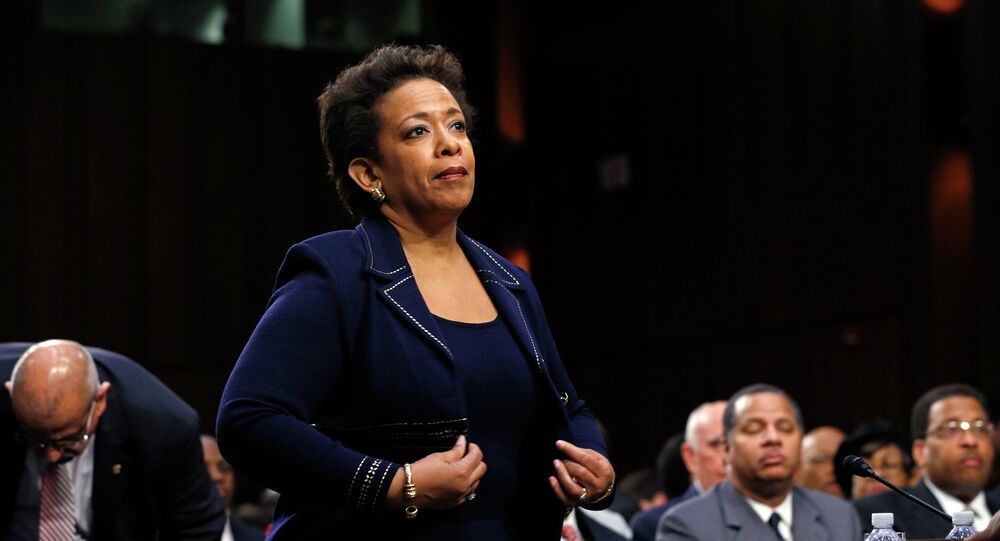 US Attorney General Loretta Lynch received Mayor Rawlings-Blake’s request for a Civil Rights Division 'pattern or practice' investigation into the Baltimore Police Department, according to the statement of the US Justice Department (DOJ).

© AP Photo / David Goldman
Baltimore Police to Wear Body Cameras ‘Before Year’s End’ - Mayor
WASHINGTON (Sputnik) — US Attorney General Loretta Lynch has received the Baltimore Mayor Rawlings-Blake’s request for the US Justice Department (DOJ) to help with the investigation into the city’s police department, and is considering pursuing the investigation, the DOJ announced in a statement on Wednesday.

“The Attorney General has received Mayor Rawlings-Blake’s request for a Civil Rights Division 'pattern or practice' investigation into the Baltimore Police Department. The Attorney General is actively considering that option in light of what she heard from law enforcement, city officials, and community, faith and youth leaders in Baltimore yesterday,” the DOJ statement read.

Earlier on Wednesday, Baltimore’s mayor asked the DOJ to launch an investigation into the city’s police department to determine whether the agency is engaged in discriminatory policing, a day after Rawlings-Blake and Lynch met in Baltimore.

© AP Photo / Patrick Semansky
By the Numbers: Baltimore is the Face of Inequality in the US
The mayor’s announcement followed a week of riots and protests that swept through Baltimore after the funeral of 25-year-old African-American Freddie Gray who died nearly a week after he sustained spinal injuries while he was held in police custody.

Prince to Hold ‘Rally 4 Peace’ Concert in Baltimore This Weekend