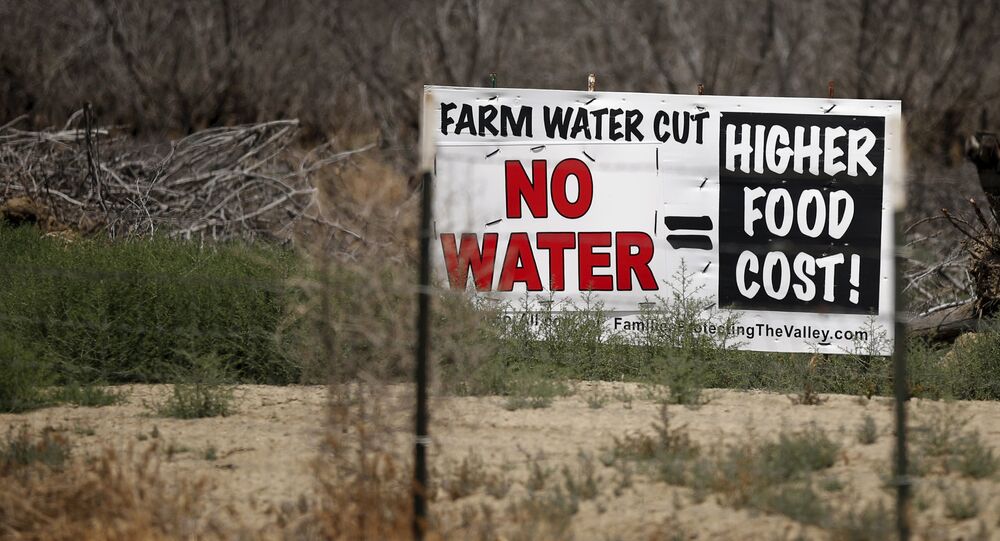 The US State of California's water regulators approved reductions in urban water use by an average of 25 percent from 2013 levels across the state.

© Flickr / https://www.flickr.com/photos/criatvt/
California Drought: Farmers Stop Planting, Sell Water Instead
MOSCOW (Sputnik) – The US State of California's water regulators unanimously approved the state's first mandatory restrictions on water in a bid to cut its use across the state owing to an ongoing drought, local media reported.

The regulations were adopted by the State Water Resources Control Board on Tuesday to meet Gov. Jerry Brown's order mandating reductions in urban water use by an average of 25 percent from 2013 levels across the state. The order was issued in April as California tries to deal with a four-year drought.

The unprecedented water-savings targets call for cities and water agencies to reduce water usage by amounts ranging from 8 percent to 36 percent. The cuts will fall hardest on the Sacramento region which is an area of heavy water consumption.

© Flickr / Sean O'Dowd
What Drought? California’s Rich Ignoring Water Shortage
According to the latest figures released by the regulator, Californians reduced water use by just 3.6 percent in March as compared to the same month in 2013. Cumulative water savings since last summer totaled only 8.6 percent, far short of the targets outlined in the governor's Executive Order.

California, the United States’ most populous state, is in the middle of an unprecedented and deepening drought that has caused record water shortages and reduced water availability for agriculture, human consumption and wildlife.

Some communities in the state are 100 percent reliant on groundwater, but others have been forced to use bottled water as underground water resources dry up or are diverted to agriculture.

California officials have blamed climate change for the drought.