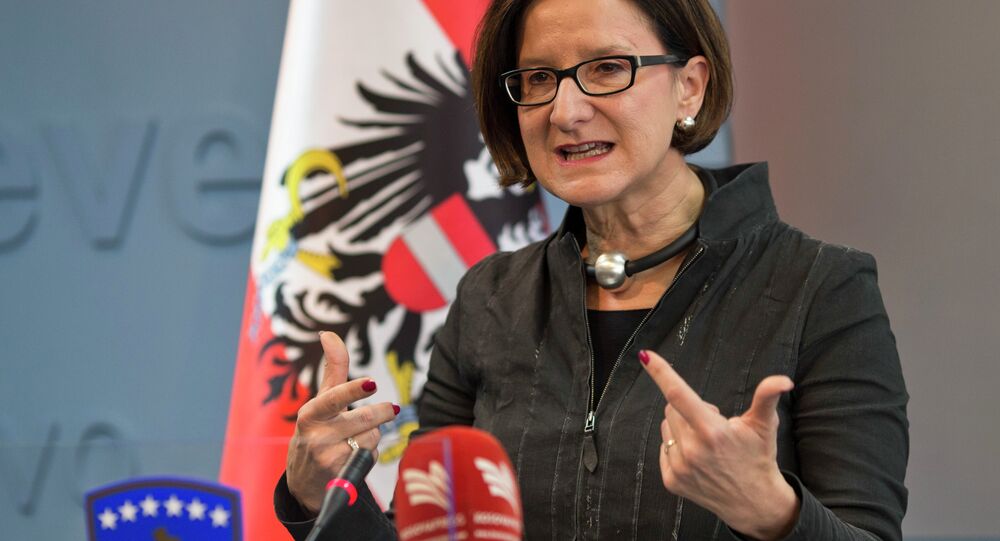 Austria filed a formal complaint over suspicions that German and American intelligence agencies have spied on its authorities and firms, the Austrian interior minister said on Tuesday.

"Today we have filed a legal complaint with the prosecutor's office," she said, "against an unknown entity due to secret intelligence services to Austria's disadvantage."

The snooping was done at the behest of US spy agency National Security Agency (NSA), which also asked the BND to monitor European firms to check if they were breaking trade embargos, according to reports.

Mikl-Leitner said that while there is not yet concrete evidence, "it's not far-fetched to suspect that Austria was also spied on."

She added that Austria will try to resolve the situation through its security, diplomatic and judicial bodies.

Citing an unnamed source from the German parliamentary committee on the US spying agency, German newspaper Bild said Berlin chose to remain silent and close its eyes to the information in order to avoid “endangering cooperation” with Washington and the NSA.

German Interior Minister Thomas de Maiziere has denied reports that he was aware of the spying since at least 2008.

During a press briefing Monday, German Chancellor Angela Merkel said Berlin is engaged in consultations with Washington on the NSA’s surveillance practices.

“I think what’s important here is that friends do not spy on each other. The answer is that it should not be so,” Merkel said.

She continued: “We are at the disposal of respective parliamentary bodies. The chancellor’s office is ready to provide all necessary information. This process is already under way. We are also consulting the United States.”