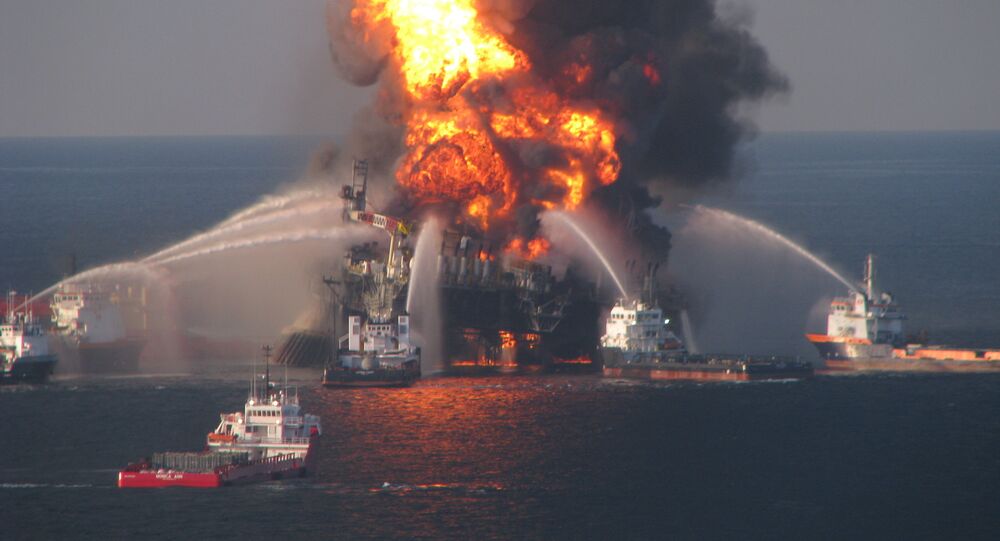 US has launched a database to manage the massive data collected following the British Petroleum Deepwater Horizon oil spill in 2010.

WASHINGTON (Sputnik) — The United States has launched a database to manage the massive data collected following the British Petroleum (BP) Deepwater Horizon oil spill in 2010, the US National Oceanic and Atmospheric Administration (NOAA) announced in a statement on Monday.

“A new online tool developed by NOAA to manage and integrate the massive amounts of data collected by different sources during the five years following the Deepwater Horizon oil spill, called DIVER for Data Integration, Visualization, Exploration, and Reporting, is now available for use by research teams and the public,” the NOAA statement read.

In 2010, 4.9 million barrels of BP oil spilled into the Gulf of Mexico affecting the Gulf’s natural habitat and major fishing and tourism industries.

© AP Photo / Charlie Riedel
Deepwater Horizon Trustees Include $134Mln for Gulf of Mexico Restoration
According to NOAA, the new database will give access to over four million validated results of analytical chemistry from nearly 53,000 samples of water, tissue, oil and sediment that was collected to support the Deepwater Horizon’s Natural Resource Damage Assessment.

“NOAA pledged from the start of the Deepwater event to be as transparent as possible with the data collected,” Under Secretary of Commerce for Oceans and Atmosphere and NOAA Administrator Kathryn Sullivan said in the agency’s statement.

Sullivan explained that the DIVER data warehouse approach is “another significant step in making NOAA’s environmental data available for the research community, resource managers and the general public.”

The database will be comprised of information from academic as well as non-governmental organizations, she added.

NOAA’s launch of the database comes a month after the agency announced it would include ten new projects totalling $134 million as part of the Gulf of Mexico restoration plan, in addition to the $698 million that the agency invested on improving the environment.