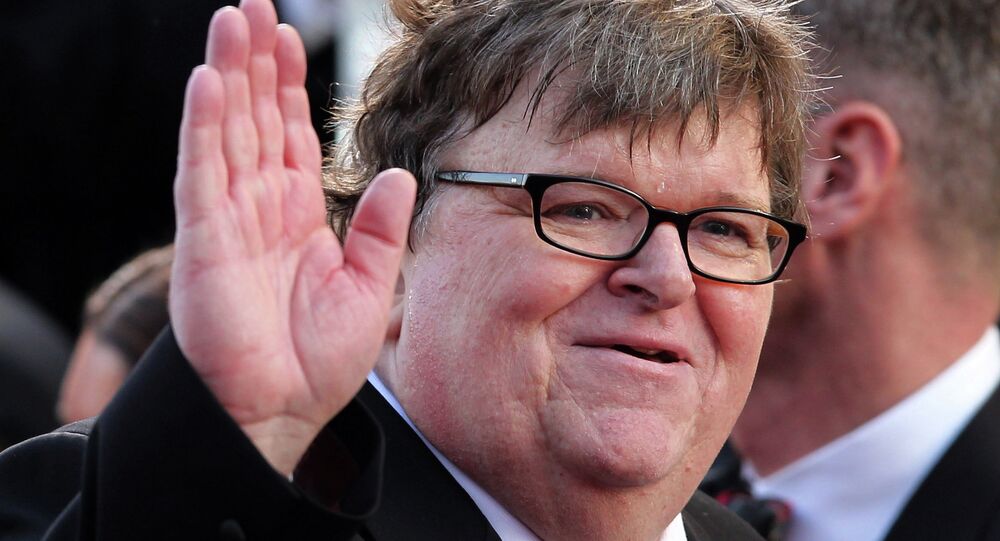 Never one to back down from controversial topics, documentary film director Michael Moore had strong words for the American judicial system in light of the protests surrounding the death of Freddie Gray.

As famous for his vocal opinions as his movies Bowling for Columbine and Fahrenheit 9/11, Michael Moore went on a Twitter rampage on Thursday. Through several messages, the filmmaker voiced his frustration over the circumstances surrounding the arrest and death of the unarmed 25-year-old whose death has inspired a week of protests in major cities across the US.

"Imprison u, shoot u, sever your spine, crush your larynx, send u to war, keep u poor, call u a thug, not let u vote. But you can sing for us," Moore’s first tweet in the series read.

Moore went on to make a series of demands to correct inequality in the American justice system.

"Here’s my demand: I want every African-American currently incarcerated for drug ‘crimes’ or nonviolent offenses released from prison today," he said, going on to call US incarceration "a modern day slave system."

Moore’s second demand was for the disarmament of all police officers, pointing out that America’s gun culture has provided enough weapons for citizens to protect themselves.

His tweets came in the midst of peaceful protests that swept across the US. Thousands marched in the streets of New York, Seattle, Boston, Washington DC, and others, all in solidarity with the Freddie Gray marches occurring in Baltimore.

Moore has faced controversy before. Following the release of the Clint Eastwood film American Sniper, Moore published a series of tweets criticizing what he saw as the movie’s tone-deaf endorsement of the US war in Iraq.

© AP Photo / Matt Rourke
Massive Protests Shut Down Baltimore, Cities Across the US

"My uncle killed by sniper in WW2," Moore wrote. "We were taught snipers were cowards. Will shoot u in the back. Snipers aren’t heroes. And invaders are worse."

His own film, Fahrenheit 9/11, faced controversy over its premise that mainstream, corporate media was complicit – even instrumental – in the 2003 invasion of Iraq.