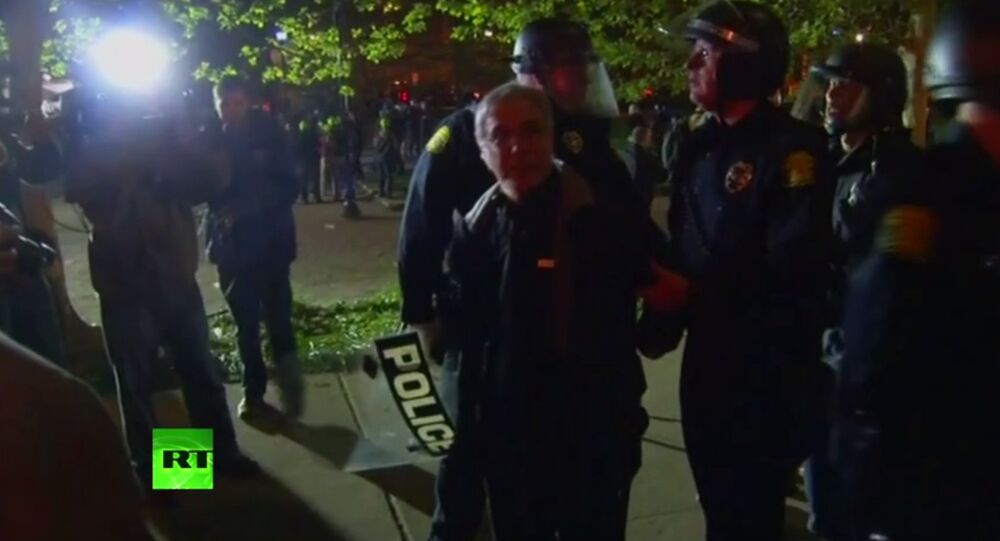 After the 10PM mandatory curfew went into effect on Friday, dozens of protesters refused to disperse. They sat in the grass when police converged and made arrests.

According to CNN, at least ten were arrested, some of whom were taken into City Hall.

Arrests were also made away from City Hall, at the intersection of Pennsylvania and W. North Avenues, the site of the CVS which was looted Monday night.

Several of the protesters had expressed to media plans to disregard the curfew and to be arrested.

"I'm being arrested for standing out here in support of Freddie Gray," one protester told CNN.

Reports from earlier in the day also indicated that the media would be limited to designated zones Friday night, despite the fact that members of the press had been exempt from curfew regulations on previous nights.

Some members of the media suggested that the corralling of the press into these designated areas violated the First Amendment.

Police warned that members of the media would be arrested if they moved from the staging areas.

Earlier on Friday, Baltimore state's attorney Marilyn Mosby announced that the six officers involved in Freddie Gray's arrest would be charged, a decision that surprised many.

Following Monday night's riots in Baltimore, the 10pm curfew passed with relative calm. The past week has seen a slew of peaceful protests in cities across the country, all expressing their support for the memory of Freddie Gray and outrage over police brutality.