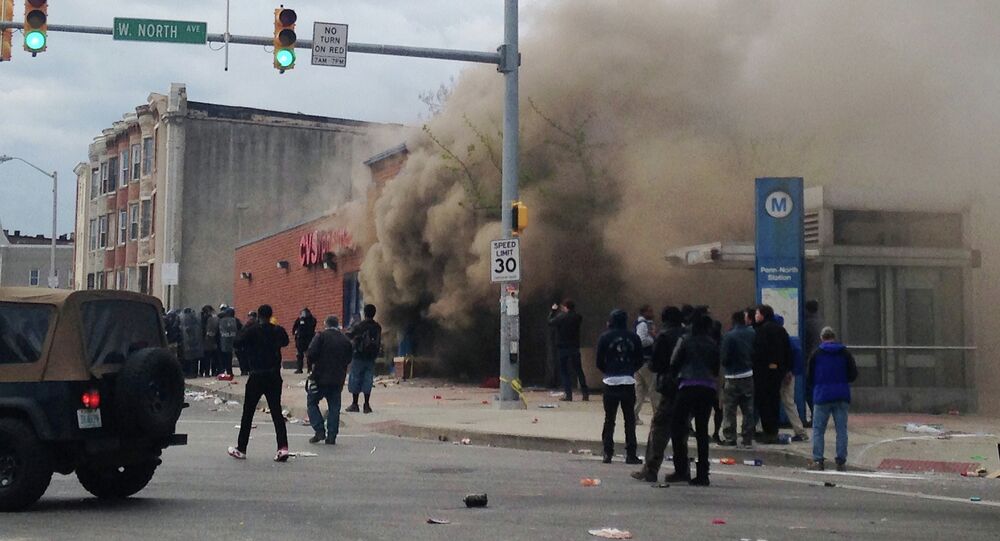 Baltimore residents will stage a protest on Saturday morning calling for justice and safer communities in the United States, Empowerment Temple pastor and local community leader Jamal Bryant said in a statement.

WASHINGTON (Sputnik) — Earlier on Friday, the State’s Attorney for the city of Baltimore Marilyn Mosby announced that Gray’s death was ruled as a homicide, and criminal charges have been filed against six Baltimore police officers involved in Gray’s arrest.

Officer Caesar Goodson has posted his $350,000 bail and is expected to be released soon, according to Baltimore public defender @kdaguevara

“Join pastor Bryant and 100 Black men at RainbowPUSH at 9 a.m. Saturday May 2 to stand up for justice and safer communities in Baltimore, Chicago, New York, Cleveland, Detroit and beyond,” the statement said on Friday.

On Fallsway, just drove past a line of officers in riot gear, followed by a line of tents for homeless people #Baltimore

Baltimore erupted in protests that turned into riots after the funeral of 25-year-old African American man Freddie Gray on Monday, who died of spinal injuries he received while in police custody.

“I don’t know how you can be black in America and be silent.”

It’s a feeling of elation, but also skepticism — @jasoncarrollcnn with #FreddieGray protesters in #Baltimore pic.twitter.com/3MFO51Ta3b

US police has killed at least 360 people since the beginning of 2015, according to the Killed By Police incident-monitoring website.