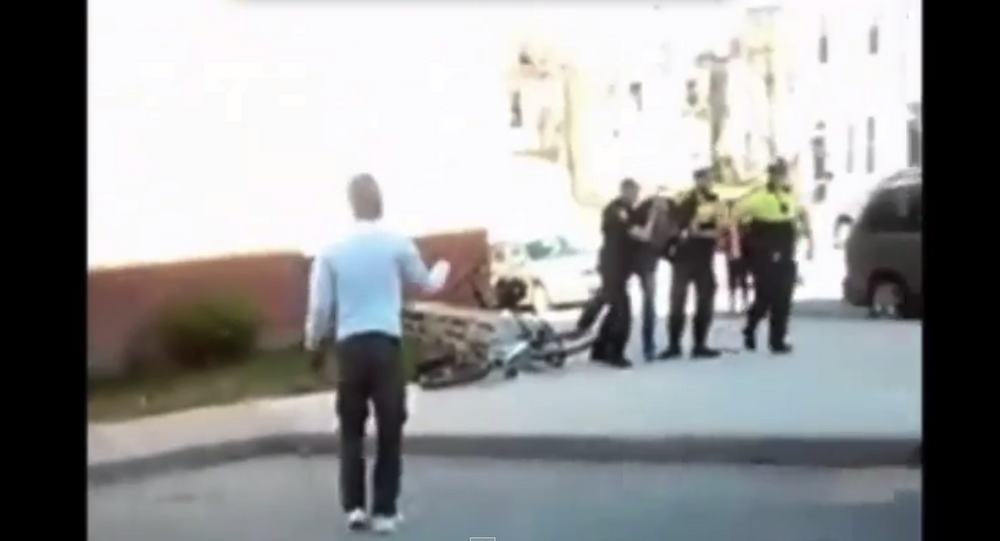 Kevin Moore, a man who filmed African-American Freddie Gray's taking into custody by US police in Baltimore, Maryland, was arrested.

© AP Photo / Patrick Semansky
Freddie Gray’s Arrest in Baltimore Illegal - Maryland Attorney
MOSCOW (Sputnik) — Kevin Moore, a man who filmed African-American Freddie Gray's taking into custody by US police in Baltimore, Maryland, ended up in detention himself after the video went viral and urged riots, according to US media reports.

Counter Current News reported that the incident happened on Thursday. Moore was arrested along with two members of Cop Watch, a network of activist organizations observing and documenting police activity.

Freddie Gray, a 25-year-old black man, was arrested on April 12 and died a week later as a result of spinal injuries received in police custody.

The officers involved denied using any force against Gray during or after the arrest. However, the video recorded by Moore shows Gray being dragged to the police van and screaming in pain.

The Baltimore riots prompted Maryland's governor to declare a state of emergency and deploy thousands of National Guard Troops to quell the situation.

Earlier on Friday, Maryland's Attorney Marilyn Mosby called Gray's death a homicide and said the six officers involved in his detention were charged.

The United States has seen a wave of major rallies against police brutality and racial profiling over the past year triggered by numerous police killings of mostly young African Americans around the country.