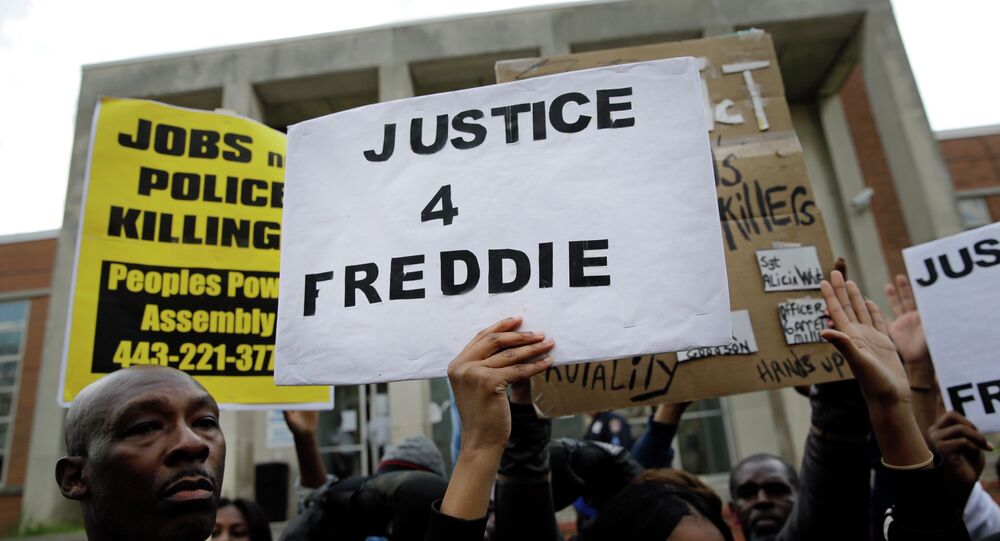 Mosby explained that on April 12 a 25-year-old African American Gray ran away from lieutenant Brian Rice after making an eye contact with him. Officers Garrett Miller and Edward Nero joined Rice in pursuing Gray. The suspect later surrendered to the officers, who handcuffed him and placed down on his stomach.

The knife that law enforcement officers found in Gray’s pocket was not in violation of Maryland law, Mosby added.

She underscored that Gray was not secured with a seatbelt in the police wagon contrary to the Baltimore Police Department general order.

Gray died a week later on April 19 as a result of spinal injuries received while in police custody.

Police officers involved in Gray’s arrest have been suspended and are now facing criminal charges, according to the State’s Attorney.