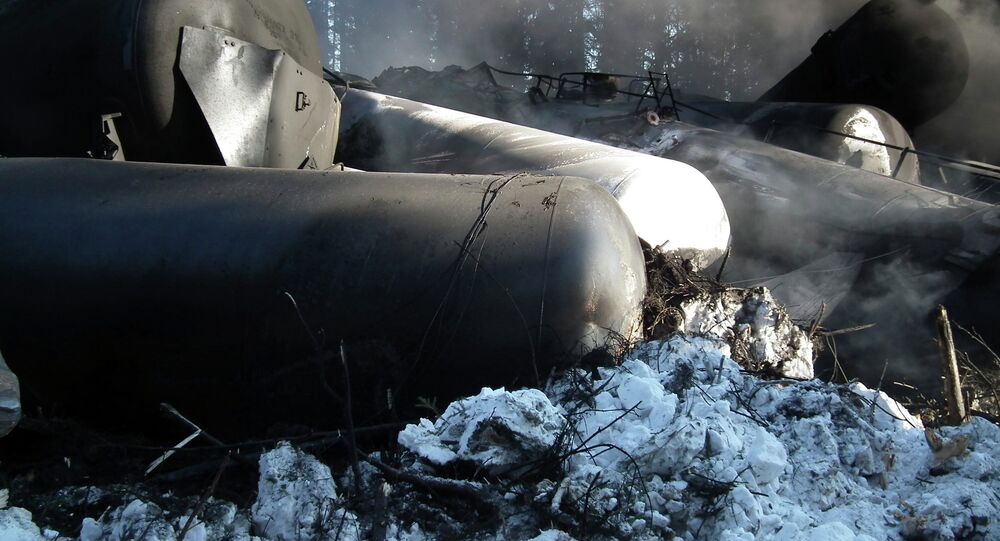 The US ban on crude oil exports is an absurd policy in an era of globalization that should be lifted to spur economic growth, US Chamber of Commerce Energy Institute President Karen Harbert said at a press conference.

WASHINGTON (Sputnik) — US Energy Secretary Ernest Moniz said last week that advocated for lifting the ban have failed to put forth a sufficient argument, Harbert noted.

© Flickr / nikzane
US Growth Stalls at 0.2% in Q1, Weighing on Stock Futures
The ban on crude oil exports was enacted in 1975 during a time of energy scarcity for the United States, she explained, but thanks to technical innovations, the United States is now one of the top oil producers in the world.

Eliminating the ban on crude oil exports would boost the US economy by creating jobs, generating revenue and keeping prices low for business and customers, Harbert argued.

"The Chamber will be continuing to educate policymakers, the business community, and the public about the need to lift the ban, and we look forward to working with congressional leaders on a strategy to update our policy,” Harbert said.