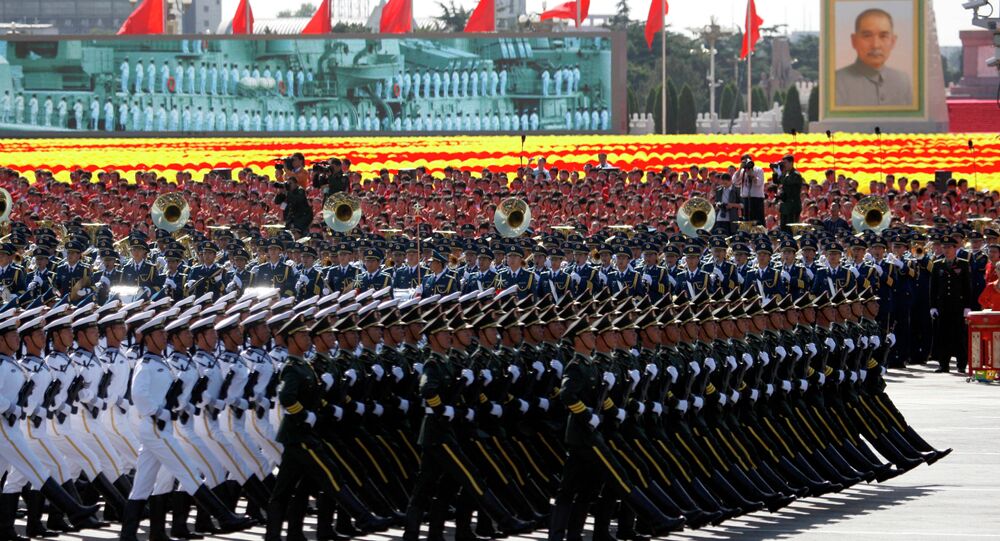 China's Defense Ministry on Thursday spurned a top White House adviser who expressed doubts about China’s upcoming military parade, which is planned for September to mark the end of the Second World War.

China has been secretive about its guest list for September parade, but says it will likely invite representatives from the Western Allies who fought alongside China during the war.

Evan Medeiros, US President Barack Obama's top Asia adviser, told Asian media in Washington this week that he wondered whether a large military parade would actually serve as an impediment to much-needed reconciliation in that part of the world.

"We want for the region to get past it so the region can realize its full potential as a driver of global growth, for example," Medeiros said, according to a transcript provided by the State Department to Reuters.

"The remarks by the relevant US official are wrong. If we don't face up to history, then we may end up repeating the mistakes of the past and replaying the tragedies of history," Geng told a regular monthly news briefing.

He added that there is nothing unusual about holding a military parade to mark the anniversary, and therefore no reason to criticize it.

"Our aim is to always remember history, cherish the memory of the martyrs, value peace and look to the future, to show the determination and ability of China and all other peoples to defend world peace," Geng said.

This will be the first parade since President Xi Jinping's took over as Communist Party leader and military chief in late 2012 and as state president in early 2013.

Diplomacy between China and Japan have been afflicted by what China sees as Japan's failure to atone for its occupation of parts of the country before and during the war – something Beijing often reminds its people and the world.

Many top Western officials could balk at President Xi’s invitation because of their concerns about a range of issues, diplomats told Reuters.