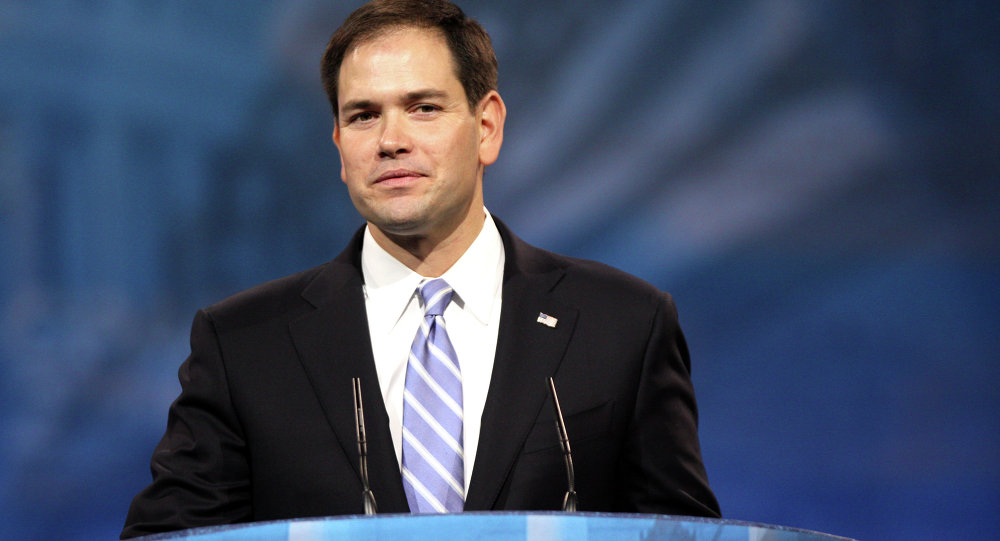 UK government officials felt they could rely on Republican US Senator Marco Rubio to ensure Britain’s name was left out of the CIA torture report, given Rubio’s staunch public stance against its publication, former CIA analyst Raymond McGovern told Sputnik.

WASHINGTON (Sputnik) — Rubio is a 2016 US Presidential candidate and, according to a poll released on Thursday, has the best chance of defeating former US Secretary of State Hillary Clinton.

© AP Photo /
Lithuania Next in Line as New Evidence of Secret CIA Jail Emerges
“Rubio was already against the report, so he was sort of a soft target. That is a pretty easy favor to give to the British service,” McGovern said on Wednesday.

Rubio had five undisclosed meetings with senior members of the UK government in the 12 months before the US Senate Intelligence Committee released the CIA torture report, British human rights group Reprieve announced in a press release on Tuesday.

The timing and number of Rubio’s meetings with British officials raised concerns that the United Kingdom attempted to persuade the US Senator to cover-up evidence that it had been involved in CIA rendition and torture operations, according to Reprieve.

“If they were asking Rubio to do something he did not want to do, that would be a different thing. Then it would cost them some money or something,” McGovern added.

Republican Presidential Candidate Rand Paul to Justify US Use of Drones