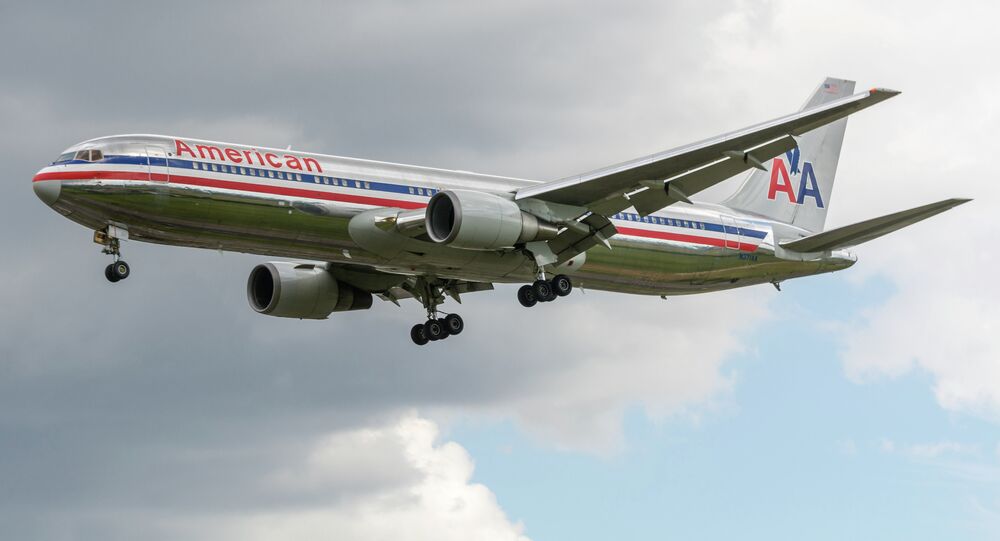 A software problem with iPads issued to pilots in 2013 to replace paper documents caused dozens of flights to be delayed on Tuesday evening.

© AFP 2020 / MANDEL NGAN / FILES
FBI Warns Airlines That Passengers Could Hijack Planes Via On-Board Wi-Fi
American Airlines pilots were left without their navigation charts and flight plans on Tuesday night due to a software problem with the iPads they use in the cockpit, causing delays to several dozen flights.

"More than a couple dozen flights" were affected, said American Airlines in a statement, explaining that its planes "are experiencing an issue with a software application on pilot iPads."

"In some cases, the flight has had to return to the gate to access a WiFi connection to fix the issue."

@dfwairport I'm on an AA flight on the Tarmac b/c the pilot had an iPad crash. It's the entire American Air fleet. Is it other airlines too?

© REUTERS / Navesh Chitrakar
Turkish Airlines Jet Lands Safely After Engine Failure
In 2013, American Airlines became the first airline to switch fully to tablets in its cockpits during all phases of flight, which replaced more than 35 pounds [16 kilograms] of paper reference materials and manuals used by pilots. The airline said its Electronic Flight Bag program, using more than 8,000 iPads, would save a minimum of 400,000 gallons of fuel each year, replacing 24 million pages of paper documents altogether.

The airline also announced the time-saving benefits of the change, as electronic updates can be used to revise manuals in minutes, instead of hours spent on the revision of paper documents.

@AmericanAir 2276 off and running with a new iPad and paper copies of the nav charts. "Just like we've done it for 75yrs" the captain says.

The source of the glitch is not known, nor whether the software in question belongs to Apple or to American Airlines. On Tuesday, the airline apologized for the inconvenience to customers, and said it was "working to have them on the way to their destination as soon as possible."