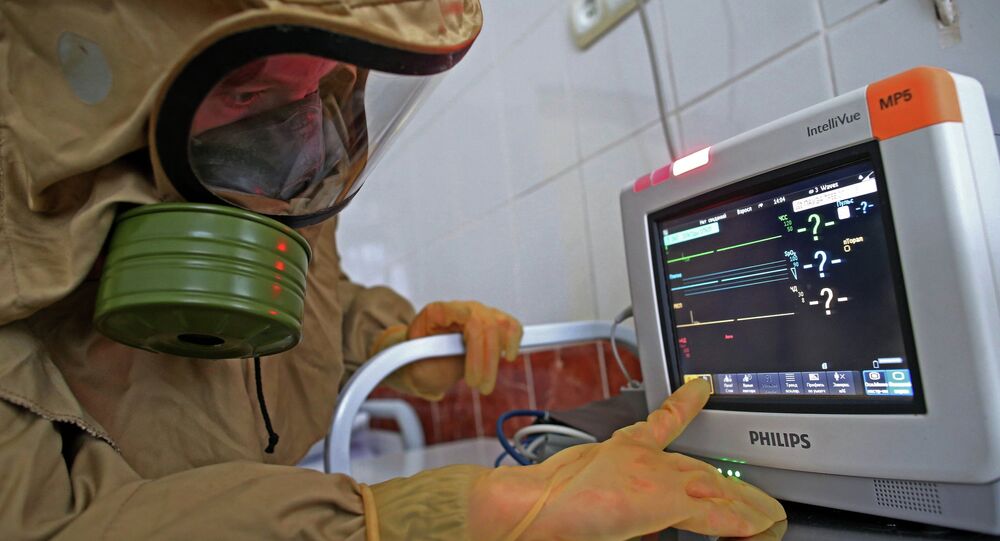 According to the Carolinas Medical Center in Charlotte, North Carolina, the Ebola tests results of the patient hospitalized with some signs of the disease will be known on Tuesday evening.

WASHINGTON (Sputnik) — The results of the Ebola test for a patient hospitalized with some signs of the disease will be known on Tuesday evening, the Carolinas Medical Center (CMC) in Charlotte, North Carolina told Sputnik.

© Fotolia / motorlka
Russia Could Have Ebola Vaccine by End of Summer - Deputy PM
“We’re expecting results of the Ebola test this evening,” the CMC said on Tuesday.

CMC noted that the decision to test the patient was made after consulting state and county public health officials.

“The likelihood the patient is infected is very low. However, we are treating this situation with all due caution to protect patients, visitors and staff,” CMC stressed.

The CMC explained that the patient has been experiencing multiple medical issues.

© AP Photo / Cliff Owen
Canadian Scientists Claim Successful Ebola Vaccine Trial
“The individual was exhibiting some of the symptoms that could be associated with Ebola, as well as an underlying illness,” it said.

The patient had visited a country in Africa affected by the Ebola epidemic, and developed a fever, according to the statement.

“[B]ecause of the recent travel, we decided to admit the patient out of an abundance of caution,” the CMC added.

The number of infected with Ebola has reached 26,079 people, and more than 10,800 of the infected have died, according to the World Health Organization.