Following Monday night’s riots, Baltimore is bracing itself for potential violence again on Tuesday evening. Peaceful protests have continued throughout the day, but officials are concerned about what nightfall could bring.

After the funeral of Freddie Gray – the unarmed 25-year-old black man who died in a hospital on April 19 after being taken into police custody a week earlier – mass riots erupted in Baltimore. Beginning at Mondawmin Mall in the city’s northwest, riots spread to other parts of Baltimore. Police vehicles were lit on fire. Businesses were looted. Nearly 235 were arrested and at least 20 police officers were injured. 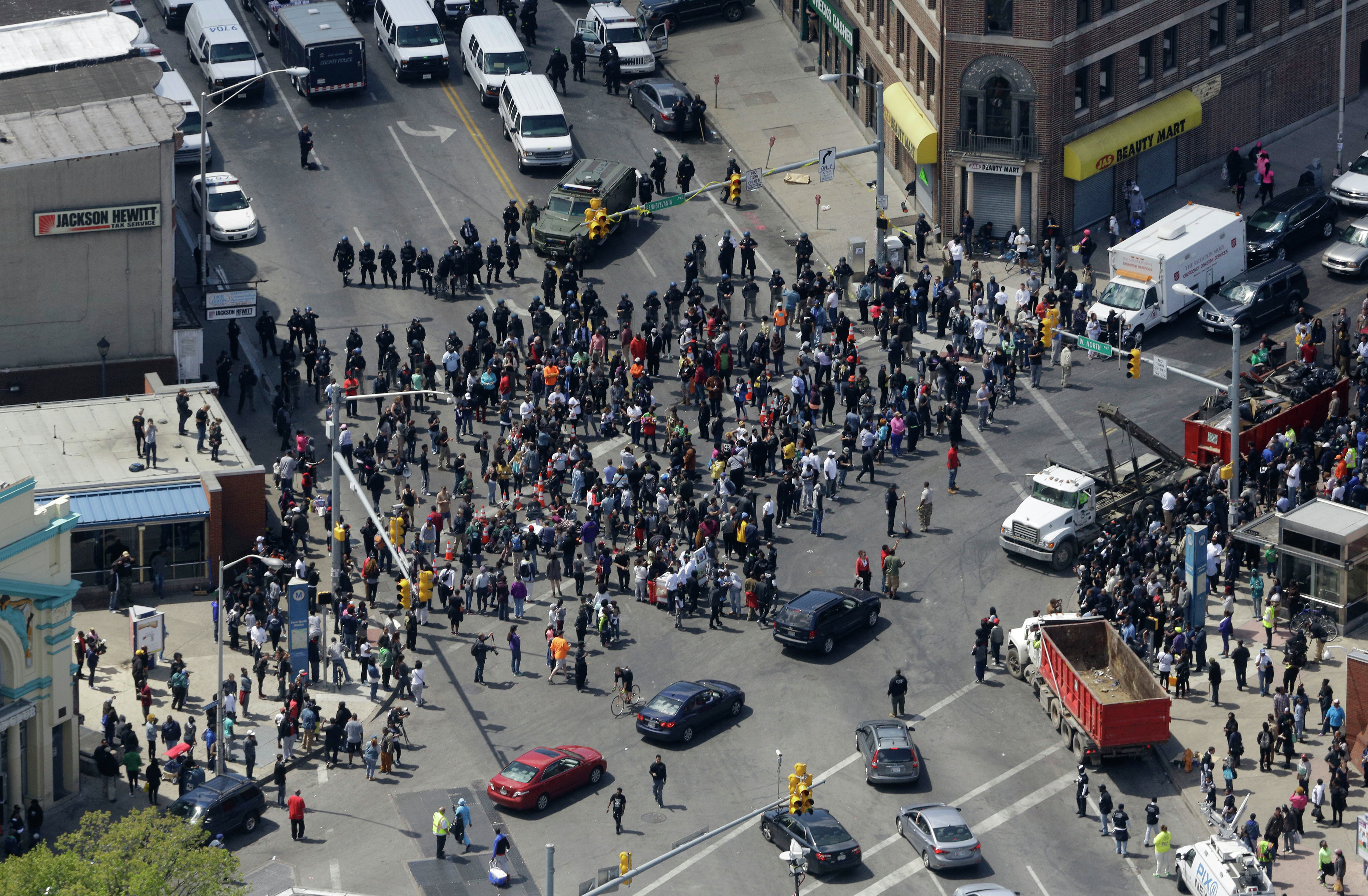 © AP Photo / Patrick Semansky
Police stand in formation near a gathering of protestors at the intersection of North Avenue and Pennsylvania Avenue, Tuesday, April 28.

The governor of Maryland declared a state of emergency.

Peaceful protests have carried on throughout Tuesday, with demonstrators emphasizing that calm is the best way to honor Freddie Gray. In anticipation of a potential repeat Tuesday night, a heavy police presence has filled the sites of Monday’s demonstrations.

500 soldiers of the Maryland National Guard were deployed Tuesday morning, and that number has now climbed closer to 2,000. Over 1,000 police officers from Maryland and neighboring states will also patrol the streets.

City officials have also enacted a curfew which begins Tuesday night. Put in place for a one week period, the curfew begins at 10 pm, with the only exception being for those who are working or in urgent medical need.

Public schools, which were closed Tuesday, will be open on Wednesday.

"They are not going to be in danger, and…their property will be protected," Governor Hogan said earlier, referring to Baltimore’s businesses and residents. "We’re not going to have another repeat of what happened last night. It’s not going to happen tonight."

Baltimore Rioters Should be Treated as Criminals – Obama