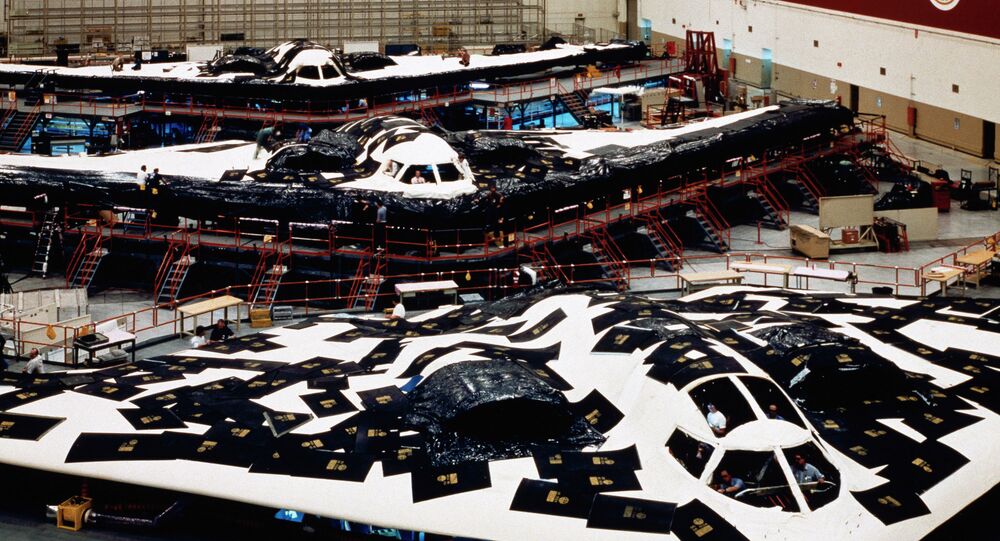 Just as the Pentagon was prepared to select a contractor to build its next generation stealth bomber, new proposed budget cuts put forth by Congress could gut the entire project by $460 million.

Over the last two years, the US Air Force has been working with defense contractors to research a new bomber aircraft to replace its aging fleet of B-2 stealth bombers. The military has so far invested nearly $1 billion in the Long Range Strike Bomber, or LRS-B.

And that’s just the beginning. Once the research is completed, the Air Force plans buy between 80 and 100 bombers, at a cost of $550 million a pop.

If the project ever gets off the ground, that is. A new proposal by the House Armed Services Committee – in charge of the defense budget – would cut funding for LRS-B research by $460 million, leaving only $786 million for the project.

That proposal has already delayed the decision on a defense contractor, according to Congressional officials.

"The proposal authorizes the full amount for the program that the Air Force can execute in [fiscal year 2016], given contract award delays," a House Armed Services Committee official said, according to DOD Buzz. "Additionally, the Chairman instructs GAO to complete an assessment of technology challenges and cost implications associated with LRS-B."

Once awarded, the contract would likely go to Northrop Grumman or a combination of Boeing and Lockheed Martin, all of which have put in competitive bids.

Once completed, the LRS-B will likely be capable of both manned and unmanned flight, and will be designed to carry traditional weapons, as well as nuclear bombs and future weapons still under development.

Engineers are also focused on ensuring that the aircraft can evade air defenses capable of more accurately tracking aircraft at longer ranges, even stealth aircraft.

Earlier this month, a report conducted by the Center for Strategic and Budgetary Assessment (CSBA) concluded that the military would shift its focus away from maneuverable fighter jets to long-range bombers, like the LRS-B.

"Aircraft performance attributes essential for success in air-to-air combat during the gun and early missile eras such as high speed, good acceleration, and maneuverability, are much less useful now that aircraft can be detected and engaged from dozens of miles away," the study, obtained by Breaking Defense, reads.

© Flickr / Samuel King Jr
F-35 Engines Deemed Unreliable by Government Accountability Office
The bomber isn’t the only aircraft the military has pumped massive amounts of money into. While $1 billion may seem like a hefty sum, it’s nothing compared to the nearly $400 billion that the Pentagon has dumped into development of the F-35. That project is infamously beleaguered by a number of technical problems. Most recently, the Government Accountability Office found that the fighter jet’s engines may be unreliable.

"Program data show that the reliability of the engine is very poor (less than half of where it should be) and has limited the program’s progress toward its overall reliability targets," the report reads.