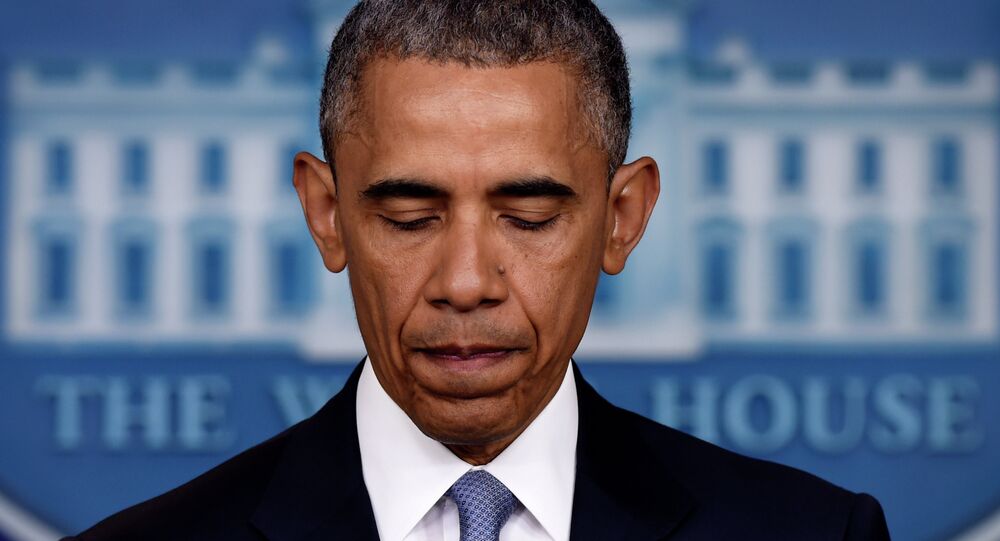 WASHINGTON (Sputnik) — On Monday, the city of Baltimore saw a wave of violence after the funeral of Freddy Gray, a 25-year-old African American who died of spinal injuries in unclear circumstances while he was in police custody.

© AP Photo / Patrick Semansky
Baltimore Riots Are Self-Defense Against 'Racist World' -Occupy Wall Street
Fifteen buildings and 144 cars were destroyed in the ensuing riots in Baltimore, and 20 police officers were injured, according to the latest media reports.

Obama noted that the reports of violent arrests surface at least every two weeks. He argued it is understandable why the leaders of civil rights organizations and “moms and dads across the country” describe the situation as crisis.

“Since Ferguson… we have seen too many instances of what appears to be police officers interacting with individuals primarily African American, often poor, in ways that raise troubling questions,” Obama said.

Instances of violence are not a new development, Obama added, but have been taking place over a long period of time.

The President argued that the Task Force organized by the White House to solve existing problems in the police system has “come up with very constructive concrete proposals that, if adopted by local communities and by states, and by counties, by law enforcement generally, would make a difference. “

During the press conference, Obama said his thoughts were with the police officers, who were injured in the unrest in Baltimore on Monday.