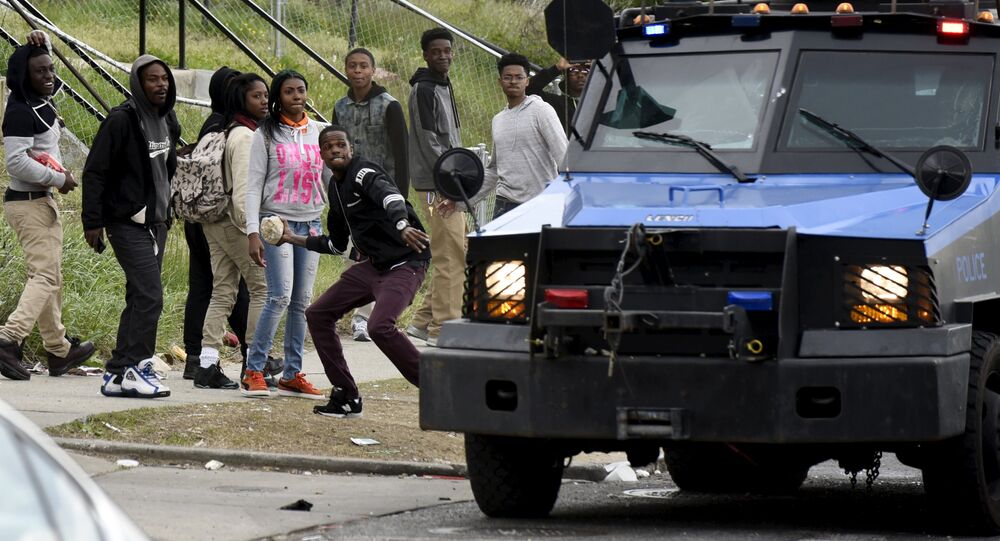 Baltimore erupted in violent protests, looting and fires on Monday evening after the funeral of Freddie Gray, as the city's mayor declared a state of emergency.

CBS Baltimore (screenshot)
Looting, Violent Clashes in Baltimore Following Freddie Gray Funeral
Areas of Baltimore were engulfed in flames on Monday evening and 235 people, including 34 juveniles, were arrested as violence broke out after the burial of Freddie Gray, a 25-year-old black man who died last week in unexplained circumstances while in police custody.

In addition to the arrests, police authorities reported that 15 officers had been injured, six seriously,  in clashes with protestors, as a result of which the National Guard was brought in to restore order in the early hours of Tuesday morning.

According to the Baltimore mayor's office, there were 15 fires to buildings and 144 vehicle fires, while rioters also threw stones at police and looted stores when rioting broke out after Gray's funeral.

Monday's wave of protests came after at least a dozen protesters were arrested on Saturday after demonstrators chanting slogans including "All night, all day, we’re gonna fight for Freddie Gray," clashed with police.

Freddie Gray was arrested by police on April 12 for reasons which are unclear; he died a week later, having suffered fatal spinal injuries while in police custody.