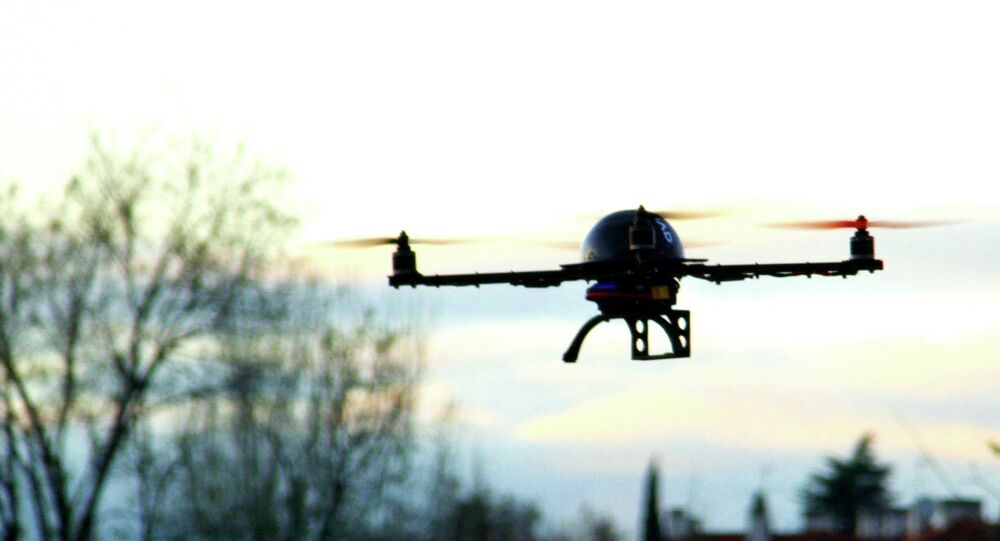 © REUTERS / Kyodo
Police Arrest Man for Landing Drone With Radioactive Material on Abe’s Roof
On April 21, 2014, at around 1:44 a.m., security cameras at Lee caught an unidentified flying object flying toward the prison fence. When a correction officer was sent to investigate it, she saw a man running into the wooded area around the prison. Later at dawn, investigators found a package tangled in power lines near the prison. It contained tobacco, marijuana and a smart phone. They also found a crashed drone in the bushes nearby. Further into the woods, they found a makeshift camp ground, the remote control used to operate the drone, drugs, and a bottle of grape-flavored Gatorade.

© AP Photo / Nedra Pickler
Secret Service: Drone Lands on the Grounds of the White House
“They [drone operators] would put it [drugs] on there [drone], they would deliver it, someone inside would get it somehow, and they would send it back out and send more in,” Stirling told The New York Times.

© AP Photo / ASSOCIATED PRESS
Drone Carrying Meth Crashes Near the U.S./Mexico Border
The most recent drone incident adds more to the debate over how drones should be regulated as law enforcement agencies, companies and privacy watchdogs struggle with analyzing existing laws which seem outdated and confusing.

Could Your Next Pizza Be Delivered by a Drone?