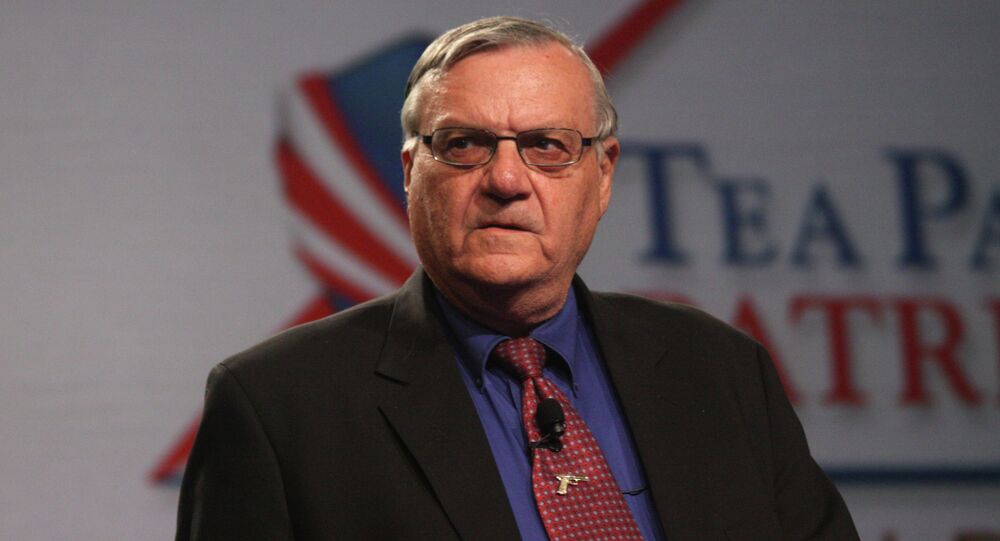 The infamous six-time elected sheriff Joe Arpaio has already been found guilty of racial profiling. He’s shown a surprising aptitude for not understanding the very law he upholds. And now the Arizona lawman has admitted to secretly investigating the family of the judge overseeing his own contempt-of-court hearing.

The man has seen his share of controversy. There is, literally, an entire Wikipedia page dedicated to “Controversies related to Joe Arpaio.” The sheriff, who must surely have idolized Yosemite Sam above all others as a role model, has had his prisons, not once, but twice deemed unconstitutional for their inhumane conditions. The Justice Department filed a suit against him for maintaining the worst pattern of racial profiling in US history. And he’s thrown his ten-gallon hat into the ring with the birther movement, insisting, beyond all evidence to the contrary, that President Obama forged his birth certificate.

He even allegedly staged a pipe bomb assassination plot to frame an unwitting 18-year-old.

His current legal troubles relate to his immigration patrols, which US District Judge Murray Snow ordered him to stop doing, since they improperly targeted Latinos at traffic lights.

Arpaio did not stop, and during his contempt-of-court hearing, he claimed that was because he didn’t understand the injunction.

"It’s hurt me, after 55 years, to be in this position," he said, according to local KTAR News, using the classic "I’m old, I’m confused" argument.

But as he was busy claiming legal naiveté, he also admitted on Thursday to launching a retaliatory investigation into the wife of Judge Snow. Even bolder, the sheriff admitted this during his hearing, presumably to turn the tables on the judge during questions.

Arpaio claimed, under oath, that he had come into possession of an email from a witness who claimed to have met Snow’s wife in a restaurant, and that she said the judge "wanted to do everything to make sure I’m not elected."

"Results confirmed that your wife was in that restaurant. I guess [the investigator] talked to the witness, confirmed that that remark was made," Arpaio said, referring to the private eye he hired.

Confusingly, this fairly straightforward admission was contradicted by Mel McDonald, an attorney who will represent Arpaio should the contempt case be referred for criminal proceedings.

"There’s been no evidence that the sheriff ordered the judge’s wife to be investigated," McDonald told reporters after Thursday’s hearing.

"The revelation that Sheriff Arpaio, based simply on comments allegedly made in a restaurant, directed an investigation into the family of the federal judge presiding over the racial profiling case involving [the Maricopa County Sheriff’s Office] is simply frightening," Phoenix-based attorney Jean-Jacque Cabou told USA Today.

Sheriff Arpaio has used his position to attempt to influence judges in the past. Snow’s predecessor during the case, US District Judge Mary Murguia, resigned after the Sheriff’s Office complained that Murgia’s sister had made inappropriate statements about the trial.

The saga continues in the Wild West. If he is, in fact, found in contempt of court, Arpaio could face fines.

US to Exempt Agencies From Racial Profiling Policy: DOJ