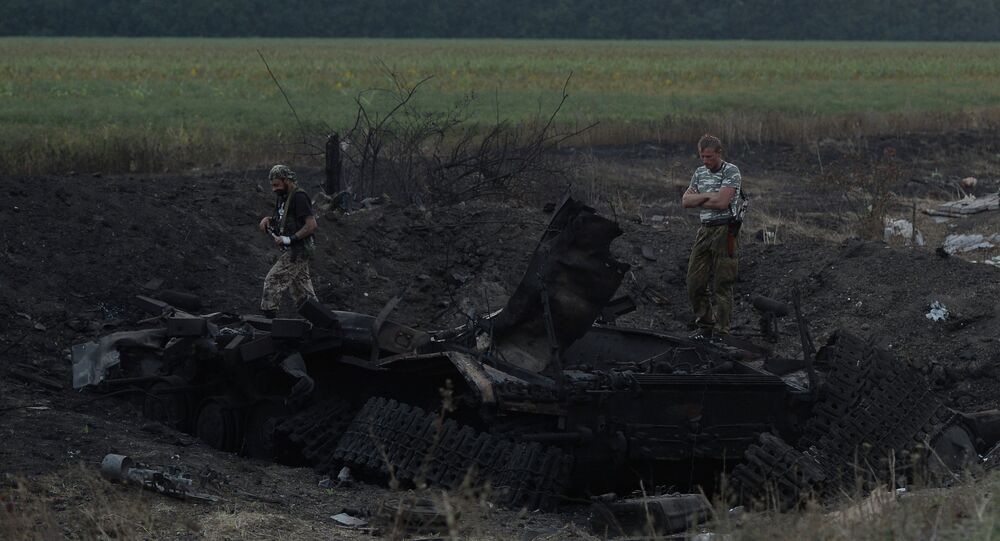 US Fails to Verify Number of 'Russian Troops' in Ukraine

US State Department spokesperson Marie Harf said that the United States lacks precise figures and is unable to confirm the number of Russian military units reportedly stationed in eastern Ukraine.

“It is really hard to get precise information about Russian troop numbers specifically, but we know there is a substantial Russian presence,” Harf said on Thursday.

It is difficult for the United States to verify figures, Harf claimed, because Russia deliberately camouflages its involvement in the region.

On Wednesday, the US State Department accused Russia of violating the Minsk agreement by sending weapons and forces and conducting joint training exercises with pro-Russian “separatists” in eastern Ukraine.

Last week, the US Army announced that some 300 US paratroopers arrived in the western Ukraine city of Yavoriv to train Ukrainian troops, which the Russian Foreign Ministry has said is a violation of the Minsk agreement.

© REUTERS / Michael Dalder
Poroshenko's Move to Prove Russian Involvement in Ukrainian Conflict Met With Memes, Mockery
On Thursday, the Russian Defense Ministry expressed concern over the training of the Ukrainian National Guard by US military instructors along the separation line between Kiev-led forces and armed militia in eastern Ukraine.

Moreover, Russia’s Foreign Ministry issued a statement on Friday re-iterating that the arrival of US paratroopers could signal a first step toward supplying Ukraine with advanced weapons, and the support of Ukrainian war hawks could lead to new bloodshed.

Kiev is planning to hold three joint exercises with US troops. Besides Fearless Guardian 2015, which is underway in Yavoriv and planned to last for six more months, Ukrainian and US army will have joint drills dubbed Sea Breeze 2015 and Saber Guardian/Rapid Trident 2015 later this year.

The armed conflict in Ukraine began in April 2014 when Kiev launched a military operation against independence supporters in the country's southeast.

Relations between the West and Russia soured amid the Ukrainian crisis as Western countries accused Russia of meddling in Ukraine’s internal affairs. Moscow has repeatedly denied the allegations.