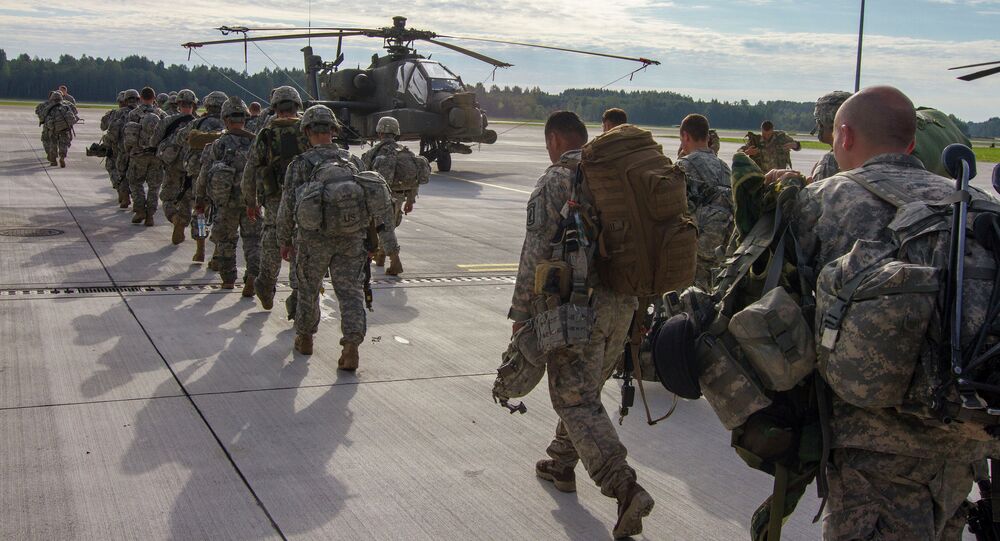 US, Latvia to Continue Military Cooperation - Department of Defense

US Department of Defense stated that US Deputy Secretary of Defense Robert Work and Latvian Defense Minister Raimonds Vejonis talked about the significance of cooperation countering "Russian aggression".

WASHINGTON (Sputnik) — US Deputy Secretary of Defense Robert Work and Latvian Defense Minister Raimonds Vejonis talked about the significance of cooperation countering "Russian aggression", US Department of Defense said in a statement Thursday.

"In a statement summarizing the meeting, officials said Work and Vejonis discussed the importance of clear NATO unity against Russian aggression, continued presence of U.S. forces in the region, and ways to work together to better support NATO deterrence measures," the department said.

Work underscored US willingness to continue cooperation with the Baltic States. He also commended Latvia on increasing defense spending and plans to enhance the country's army by 2,000 troops by 2018.

Earlier in the week, Vejonis said Latvian lawmakers expect military spending to reach NATO's benchmark of two percent of gross domestic product spent on defense by 2020. Latvia has been increasing defense spending in response to its perception of a "Russian military threat" since 2014.

© Flickr / Antonio C.
NATO Sets Up Information Warfare HQ in Latvia
In February, NATO members' defense ministers decided to establish six command and control units in the Baltic states, including Latvia, to ensure that national and NATO forces were able "to act as one from the start" if a crisis arises.

NATO has been increasing its presence in eastern European allied countries and near Russia's border over the past year amid straining Alliance-Moscow relations.

The alliance accuses Russia of interfering in eastern Ukraine crises. Moscow has repeatedly dismissed all the allegations and stressed that NATO expansion toward the country's borders could further escalate tensions and undermine regional security.