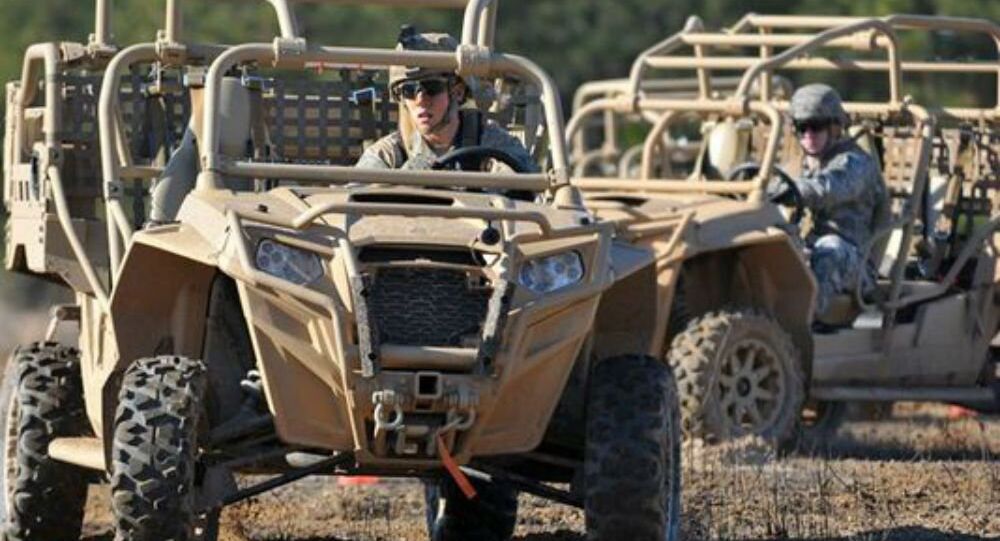 The Army's 82nd Airborne Division is testing an ultra-lightweight combat vehicle (UCLV) that would allow troops to airdrop in far from spots that are protected by air defense and then drive to the target area.

Because paratroopers are on foot after a drop, they must land relatively close to their objective, risking their aircraft's exposure to air defense artillery. Today, the Army largely relies heavily on the Air Force and Navy to neutralize air defenses.

But the UCLV, which trades armor for mobility, lets airborne assault troops drop far from objectives, then speed over land and capture them.

The Army has already purchased 33 ULCVs from commercial manufacturers, and whether the service buys more depends on tests currently being conducted by the 82nd.

Soldiers have evaluated the Polaris MRZR-4, dubbed the light tactical all-terrain vehicle (LTATV), for increased mobility during airfield seizure operations, and the vehicle would provide a rifle company with an air-droppable maneuver and small arms platform, Defense News reported.

The 82nd has released pictures of soldiers driving the Polaris MRZR-4 through multiple courses, terrains and weather conditions.

As for US Special Operations Command, which does not oversee the 82nd, it announced in March that it is making a sole-source purchase of 2,000 LTATVs from Polaris, Defense News reported.

The Army envisions the ULCV as an off-road vehicle that can carry a nine-soldier squad and its equipment, be dropped from a large military transport aircraft, and be carried by Chinook and Black Hawk helicopters, Defense News reported.

Those capabilities were listed on a questionnaire to manufacturers the Army issued on April 10 through a government procurement website.

The specific number of ULCVs, funding, a program timeline and other details remain under consideration, and no final decisions have been made, Army spokesman Michael said in a statement last week.

"The survey's purpose is to begin informing the acquisition community about the availability and characteristics of commercial products, potentially challenging requirements, and the capabilities of equipment manufacturers in order to inform any future potential ULCV acquisition decisions or strategies," Clow said of the questionnaire.

The secretary of the Army is not required to brief the House Armed Services Committee on the ongoing effort until March 1, 2016.