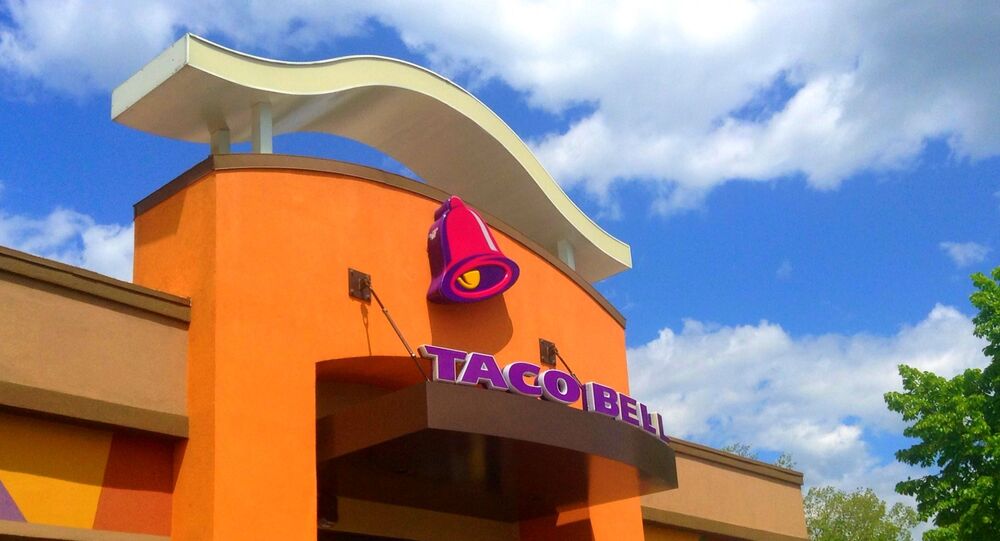 May I Take Your Order? Taco Bell Plies Congress With Food Frenzy

While lobbying to prevent their workers from organizing a union or receiving employer-based healthcare benefits, Taco Bell served unlimited free tacos and nachos to hungry congressional staffers and interns on Tuesday afternoon.

The Taco Bell Franchise Management Advisory Council, the lobby representing franchise owners, made their annual appearance to thank apparently starving congressional staffers for their fine work on behalf of the fast food industry franchise owners (certainly not the workers) with unlimited free tacos.

No shame at the Taco Bell reception

© REUTERS / Lucas Jackson
Fast-Food Workers Rally Across US, Demand Higher Pay, Rights
“It’s been going on for quite a few years now, it is infamous. Everybody looks forward to it from year to year. It’s a free for all,” Joye Smith, a franchisee from Northern California, told The Intercept. “This is how we want to say thank you for all that you do for us,” she added, noting that some congressional staffers bring boxes down to haul more tacos back to the office.

The lobbying efforts have reportedly paid off, as earlier this year the House of Representatives passed a bill changing the definition of a full-time employee from someone working 30 hours a week up to 40 hours. The change will help many franchise owners avoid having to provide their employees with healthcare benefits.  Attempts at raising the federal minimum wage from $7.25 an hour have also been consistently blocked.

The franchise owners weren’t just there as a friendly gesture. Several who spoke to the Intercept stated that they discussed tax legislation and a ruling from the National Labor Relations Board which they found problematic: that in the case of “joint employers,” the parent company would be liable for labor violations by franchise owners, a ruling that could open the door for labor unions to begin organizing in the fast food industry.

To combat the National Labor Relations Board ruling, Republicans in Congress invoked the Congressional Review Act to strike down the NLRB action. The act empowers Congress to disapprove of executive branch regulations it does not approve of and, with enough support, it would be subject to a presidential veto.

US Fast Food Workers to Go on Nationwide Strike